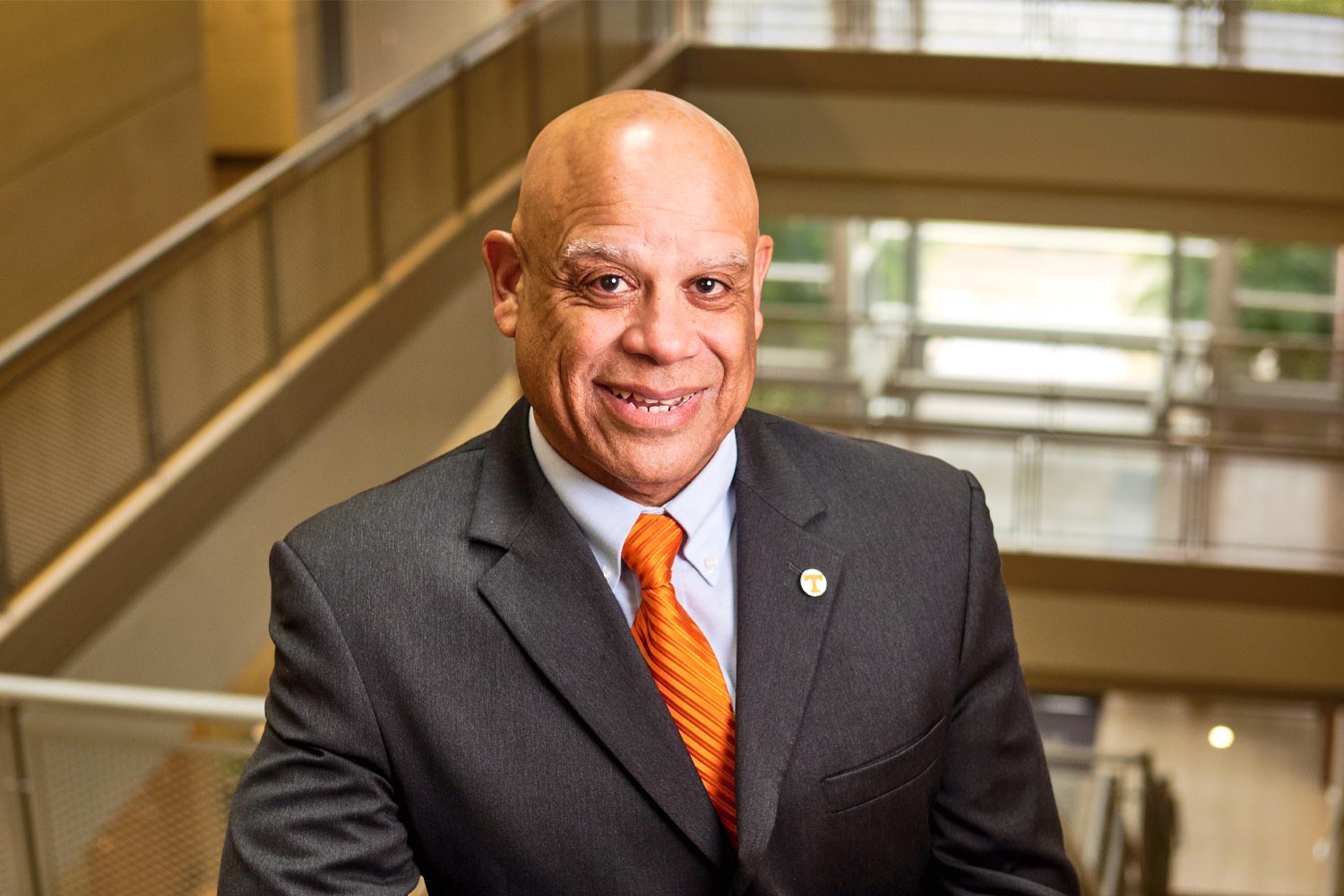 Dean’s Impact Will Last Far Beyond Year as Interim

If you don’t think that a lot can happen in a year, just ask Mark Dean. He recently wrapped up just shy of a year as interim dean of the Tickle College of Engineering, having made many positive impacts during that tenure that will resonate through the college for years to come.

While the role came unexpectedly to him, years of managing research organizations at IBM helped prepare him to lead his alma mater in its time of need.

“Running a college is a lot like being in charge of research at a major technology company like IBM,” said Dean, who served as the John Fisher Distinguished Professor in the Min H. Kao Department of Electrical Engineering and Computer Science prior to the appointment. “There are seven leadership styles, and the key is knowing what style to leverage in a given situation. You have to be willing to listen and understand each situation, to support and answer to your stakeholders, and to compromise and get buy-in whenever possible.”

He said that aside from the teaching component at a university, the experience of working with a large number of doctorate-holding team members, initiating cutting-edge research in answer to current problems, and helping fill the needs of those funding the research—whether funding agencies in academia or outside partners in the business world—were very similar and helped ease his transition to serving as interim dean.

In turn, Dean was able to more rapidly get down to the “nuts and bolts” of running a college. 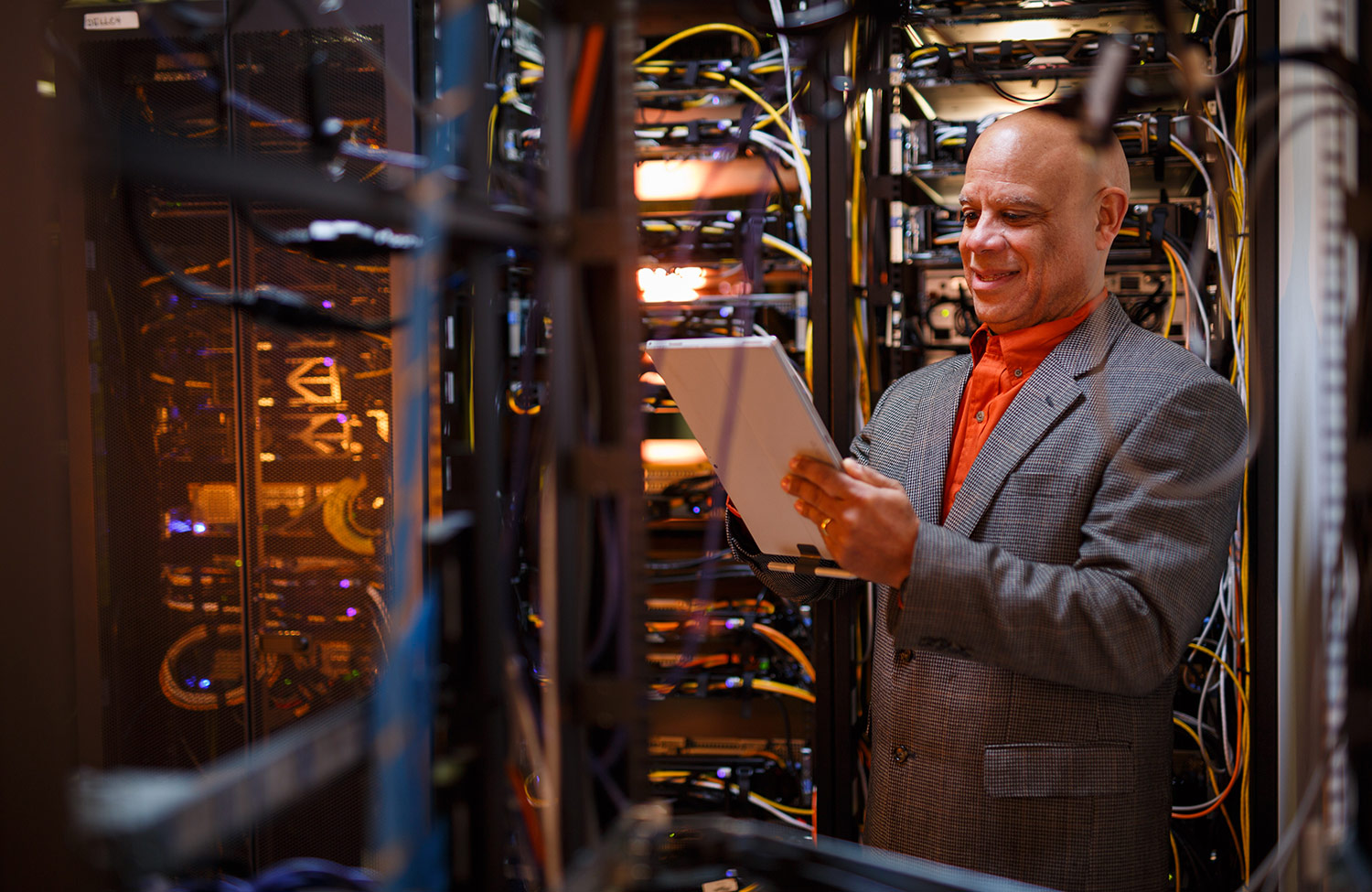 As dean, he eagerly assumed opportunities for increased interactions with students and student organizations.

“When I came to UT from IBM in 2013, one of the biggest draws for me was the chance to work with students, to help them see new possibilities and to dream up new ideas, and to help shape their educational and career paths,” Dean said. “I love working with students, interacting with them, and hearing their ideas. They are our future.”

An added value of talking to students, according to Dean, is their tendency to speak their minds. Even if it can sometimes be blunt, hearing a student’s perspective can lead to new ideas and solutions—something Dean particularly likes. He regularly encourages students to ask questions since they often bring up points that faculty haven’t considered.

The importance of getting varying perspectives is driven home by Dean’s observation on the impact that engineers have on the world.

“Other lines of work might impact a few hundred people’s lives in the course of their career,” Dean said. “But an engineer? An engineer, by default, is dealing with things like bridges and roads, power and water, aircraft and vehicles, computing devices and applications—the kinds of things that impact thousands if not millions of people.

People depend on engineers to get it right, and to get it right the first time. The impact engineers have cannot be overstated, so it’s critical that we consider as many ideas and views as possible.”

Other projects Dean is proud to have accomplished during his tenure include:

While he is happy with the legacy he leaves behind, Dean said that a scrapbook of memories contributed to by faculty, staff, and students from around the college will serve as a constant reminder to him of the work he did and the relationships he built during a “special year” in his life.