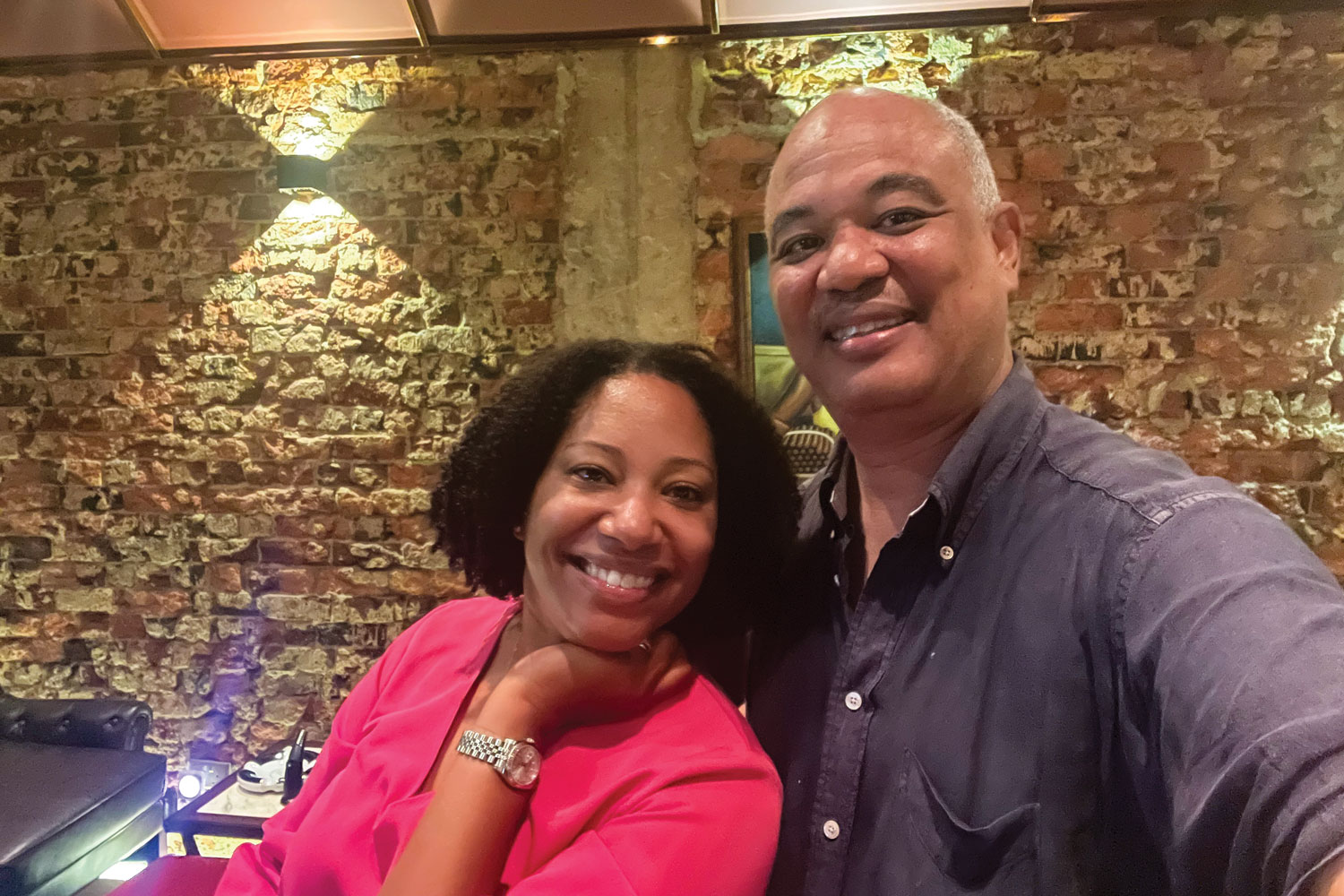 Path to College, Success was Anything but Predictable for Hutchins

Dwight Hutchins has built a successful career with Accenture, a leader in information services, in the years following his 1986 graduation from UT in chemical engineering.

His accomplishments were recently highlighted by his planned gift of more than $10 million dollars to support the college’s Fred D. Brown Jr. Minority Engineering Scholarship.

While he has thrived in the world of business, his calling from an early age centered around research, discovery, and engineering.

“I got into science when I was about three or four,” said Hutchins. “I was known for taking things apart, examining them to understand how they worked, and putting them back together. My favorite was a flashlight.”

Like many people, he has fond memories of many teachers who supported him along the way. He particularly recalls an elementary school teacher who helped him hone his math skills and his chemistry and physics teachers in high school.

That’s where things stray from the experiences most students have.

Instead of the typical four years of high school before heading off to college, Hutchins enrolled at UT after his junior year, having already met the university’s requirements for admission.

This unusual achievement was especially surprising because he hadn’t thought college was possible because of obstacles in academics, finances, and the fact that no one in his family had attended a university. But sometimes the best things come from unexpected sources.

“The credit here goes to my next-door neighbor, Calvin Burrell Jr., who was studying science at Knoxville College, an HBCU [historically Black college or university], and studying nuclear engineering at UT,” said Hutchins. “To prove to me that I could go to college, he brought home an application over Christmas and made me fill it out. He took it and gave it to Fred Brown, who forwarded it to admissions. I didn’t know I was actually applying, so I was shocked to learn that I had been accepted with no conditions.

“It was unexpected and unreal.”

From Rome to Knoxville

The next step for Hutchins was convincing him—and, perhaps more importantly, his guardians—about attending UT.

Brown himself came to Hutchins’s hometown of Rome, Georgia, without any advance notice.

Once there, he spent three hours talking about the opportunity and explaining how he would make sure that Hutchins would be cared for and supported on campus.

Curiously enough, the meeting took place without one key person there.

“I didn’t know he was coming or was there, and so I didn’t even meet him,” said Hutchins. “But my guardians were comforted to know him and his promise. For me admission to a great university, on scholarship, and a program of support was an irresistible combination.”

The transition to his new home was pretty eye-opening for Hutchins, who notes that he came to a campus bigger than the town where he was raised.

If and when you get through engineering at UT, you are capable of achieving anything. I didn’t know it at the time, but I’ve learned it in the decades since.”

He credits the Minority Engineering Scholarship Program, renamed for Brown in 1999, with helping him forge an identity and make friends within the college.

Hutchins still recalls his group within the program.

“Group 9—that was our identity, and still is,” he said. “Ask any of the MESP students from back then and they will tell you their group number and say theirs was the best group. Of course, we were the best. Fred and the staff were there for us for everything large and small.”

At the time, the scholarship program had roughly 30 students from around the US, which Hutchins said seemed pretty big for someone from a small town.

It was remarkable to him in another way that helped him feel a sense of community.

“They were all African American, which was more than had ever attended my high school in its 100 years of existence,” Hutchins said. “So I was in a great spot.”

“My lowest GPA was at UT, even though I went to Northwestern and Harvard afterwards. If and when you get through engineering at UT, you are capable of achieving anything. I didn’t know it at the time, but I’ve learned it in the decades since.”
—Dwight Hutchins

Hutchins lived in Hess Hall; he describes the atmosphere as like having a “thousand roommates.”

His love of science was firmly intact. He said the energy crisis of the time made him eager to explore alternatives to petroleum, and chemical engineering seemed to be the most logical discipline to take if he wanted to solve that riddle.

Entrenched in his classes, he learned a valuable lesson from a professor that he has carried throughout his career. He had missed the deadline to turn in a paper by a few minutes, and the professor refused to take it, telling him that he could take it, but doing so would mean denying Hutchins an important lesson on deadlines and taking things seriously.

“He was completely right,” Hutchins said. “Skipping class, showing up late to class, and submitting work late were not a winning combination for future success. His tough love was…well, tough, but effective. After intro to chem E, I had him for advanced chem E classes. I showed up early, sat in the front row, submitted everything early, and learned how that works to my benefit. I am forever thankful. Best lesson I’ve ever learned.”

That lesson has apparently paid off, as evidenced by Hutchins’s career. As far as what lessons he would share for up-and-coming generations of engineering students, Hutchins was quick to provide both success stories and sources of inspiration and motivation.

He recalled speaking to a group of 10 UT engineering students about what they could do with an engineering degree. Two went on to Harvard, two to Stanford, and one to Northwestern—all earning business degrees to go with their engineering degrees. Two became presidents of Fortune
100 companies and another served as a White House Fellow before becoming a partner in a private equity firm.

“My lowest GPA was at UT, even though I went to Northwestern and Harvard afterwards,” said Hutchins. “If and when you get through engineering at UT, you are capable of achieving anything. I didn’t know it at the time, but I’ve learned it in the decades since.”

And he generously shares that knowledge—just one of many ways he gives back to UT.