What Would Tom Do?

“Tom chuckled whenever he walked by one of those TATs,” Peter Huntsman remembered of the letters that graffitied the former Shell chemical plant. “When I asked Tom about it, he said TAT stood for ‘Take Away Tom.’”

Peter Huntsman noticed business papers that he and Wood reviewed often had TAT written across the top. Wood had commandeered TAT to remind him that the discussions on the page should reflect the thoughts of all involved, not just his.

A lesser manager would want to forget the bad times, but Tom believed the bad times are the greatest teachers.”

Little did Huntsman know, that lesson was first of many. Wood became one of his greatest teachers, as well as friend and advisor to multiple Huntsman family members, from Jon Sr. to Jon Jr., Peter’s brother and recent US ambassador to Russia.

“A guy that can expand the horizons of a multi-millionaire entrepreneur is pretty rare,” Huntsman said of Wood’s relationship with his dad. 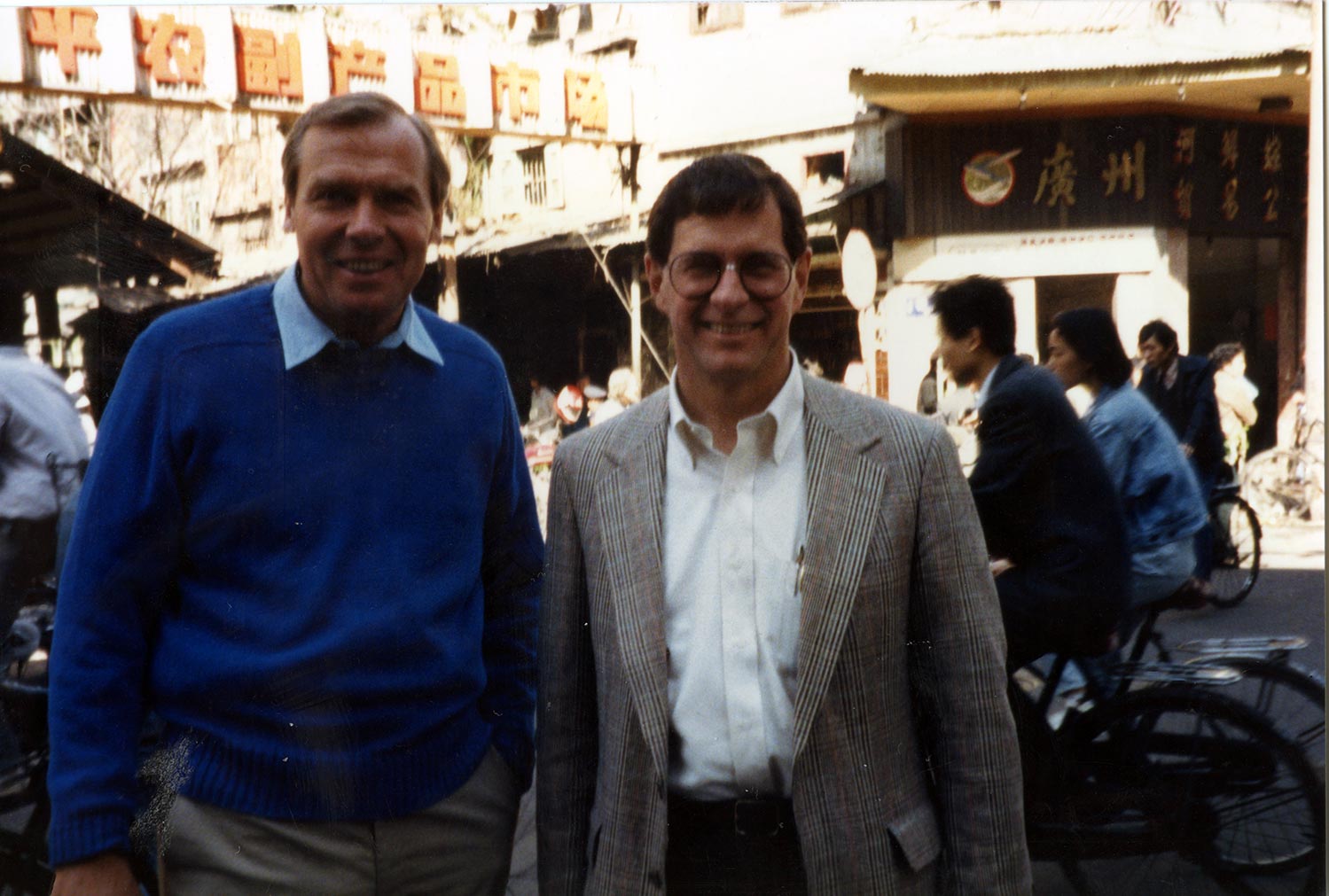 On one of Jon Sr.’s first visits to the plant, he expected his first in command, Tom Wood, to show him around. Some of the plant operators were his tour guides instead. Jon Sr. at first took this as an affront, but Wood explained that he was ceding time with the boss to empower his employees.

“Treat people right, and the company will run right’ Tom used to say,” Wood’s wife, Melanie, reminisced. “He would daily walk through facilities he managed to keep in touch with the employees.”

Wood passed away in the fall of 2018, but his memory survives in those he influenced.

“In the office it’s not uncommon to hear the question, ‘what would Tom do?’ and the answer is always human centric,” Huntsman said.

A self-proclaimed Wood ‘student’ and co-worker, Jack Manning wrote in a letter to Wood that his career “would never have been possible without your mentoring and guidance… Thank you for believing in me and teaching me to be an effective leader. Even more importantly, I know I am a better person for having known and worked with you.”

Another Wood disciple from Wood’s time with Huntsman Corporation in Germany, Jean Claude Breniere asserted, “Tom had that incredible ability to make you adhere to all his suggestions and advice in a very natural way. He was simply a born leader with vision and an impressive ability to instantly analyze any situation and find solutions to any problems, human or business. Traveling with Tom was most pleasant — no stress, free to speak your own mind. Tom made everyone feel important. Tom was just a beautiful person (‘Une belle personne’ as one says in French). We miss him.”

Wood’s impact on human lives mirrored an impressive career. In 25 years with Shell Chemical Corporation, Wood oversaw multiple divisions from logistics to polypropylene. A keen strategist whose decisions centered on the success of others, Wood earned the trust of Jon Sr. and the Huntsman Corporation. There, Wood’s responsibilities ranged from president of the corporation’s polypropylene division to senior vice president of business development, overseeing mergers and acquisitions. In these and other positions, he traveled regularly and lived in multiple countries, including Taiwan.

“Tom, my father, and that generation built a great business that’s blessing hundreds of thousands through scholarship funds, cancer research, and homeless centers,” said Huntsman, now head of the corporation.

Treat people right, and the company will run right’ Tom used to say. He would daily walk through facilities he managed to keep in touch with the employees.”

Of course, Wood’s truest legacy lives in the giants of industry, co-workers, and family he touched.

“What Tom taught me is that it’s all about human development,” Huntsman said.

Adding to these opportunities, Peter and his wife, Brynn, Huntsman recently established a scholarship in Wood’s memory that includes an assigned mentor for each recipient. In addition, the Tom and Melanie Wood Conference Room, dedicated solely to mentoring, will be featured in the new Engineering Complex.

“We’re very proud of Tom, that he studied engineering at UT,” said Dean Janis Terpenny. “We want to make sure that the Tom Woods on our campus today are ready to make an impact, much like Tom.”

Read more details about the scholarship.