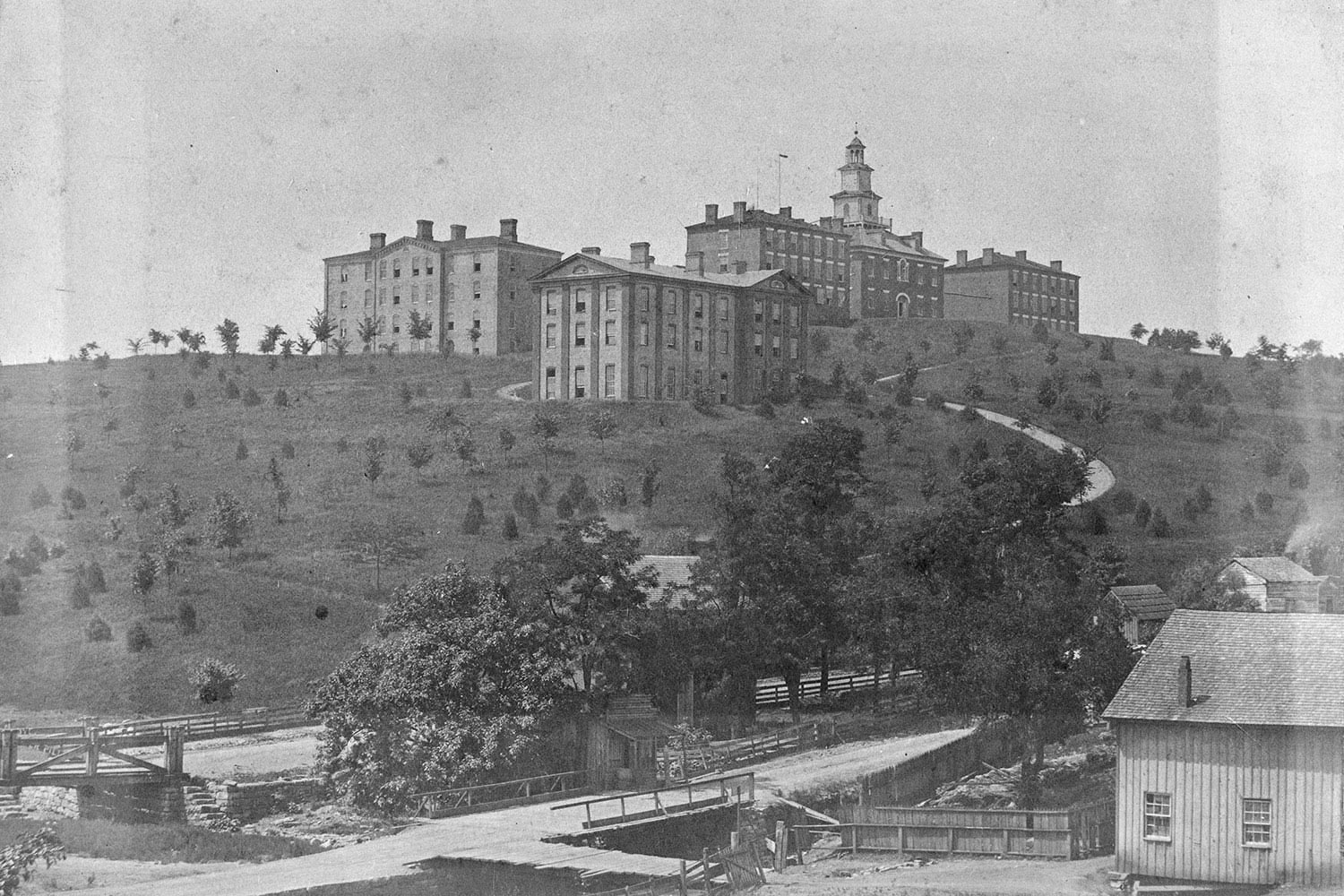 The Tickle College of Engineering has played a key role throughout the university’s history. Here’s a closer look at that legacy.

When the settlement of White’s Fort was renamed Knoxville and made the capital of the Southwest Territories in 1791, two of the 64 half-acre lots that were surveyed were reserved for a future school.

In 1794, Blount College, named for William Blount, the first governor of the territory, brought that school to life, effectively creating the first public university west of the Appalachian Mountains.

Following a suggestion from former President Thomas Jefferson, the institution—now named East Tennessee College—purchased 40 acres of land in 1820 that is now known as “The Hill.”

Surveying, the first engineering-related course, was offered in 1838, and by 1840, civil engineering had been added. From 1877 through 1895, engineering at UT became much more formalized, with bachelor degree programs in mechanical engineering and undergraduate and advanced degrees in civil and mining engineering, as well as the creation of an electrical engineering program.

Finally, in 1905, the courses were grouped together in the newly-minted College of Engineering with Charles Perkins serving as dean.

Many familiar aspects of the college began in the following years, including the first Engineers Day in 1912, the creation of the Engineering Professional Practice program in 1926, and the construction of Ferris Hall—now the college’s oldest building—in 1930.

Doctoral programs in chemical engineering and metallurgy were established in 1951, with nuclear engineering—the oldest of its kind in the nation—added in 1957.

The last half century has seen the expansion of programs and disciplines, including the creation of the Minority Engineering Scholarship program, an aerospace engineering discipline, and the UT Space Institute. Research partnerships with labs such as Oak Ridge National Laboratory and Y-12 were also strengthened, while the construction of several new buildings continues to expand and improve the college’s high-tech facilities.

Finally, in 2016, the college itself was renamed the Tickle College of Engineering.

While much has changed in the 225 years since the university was founded, the college has played—and continues to play—a large role in its journey.

Read more about the university’s journey.

January 15: Congress changes the US flag to 15 stars and 15 stripes with the addition of Vermont and Kentucky. It would revert to 13 stripes in 1818, while updating with one star for each state.

February 11: The first US Senate session open to the public

March 27: Construction begins on the USS Constitution, nicknamed “Old Ironsides” for its role in the War of 1812. It is still on display in Boston Harbor.

July 28: French revolutionary leader Robespierre is executed, marking what is generally is accepted as the Reign of Terror where more than 15,000 people were executed in little more than a year.

November 19: The Jay Treaty is signed by the US and Great Britain, effectively ending British claims to the Northwest Territory, now the states of Ohio, Indiana, Michigan, Illinois, Wisconsin, and parts of Minnesota.