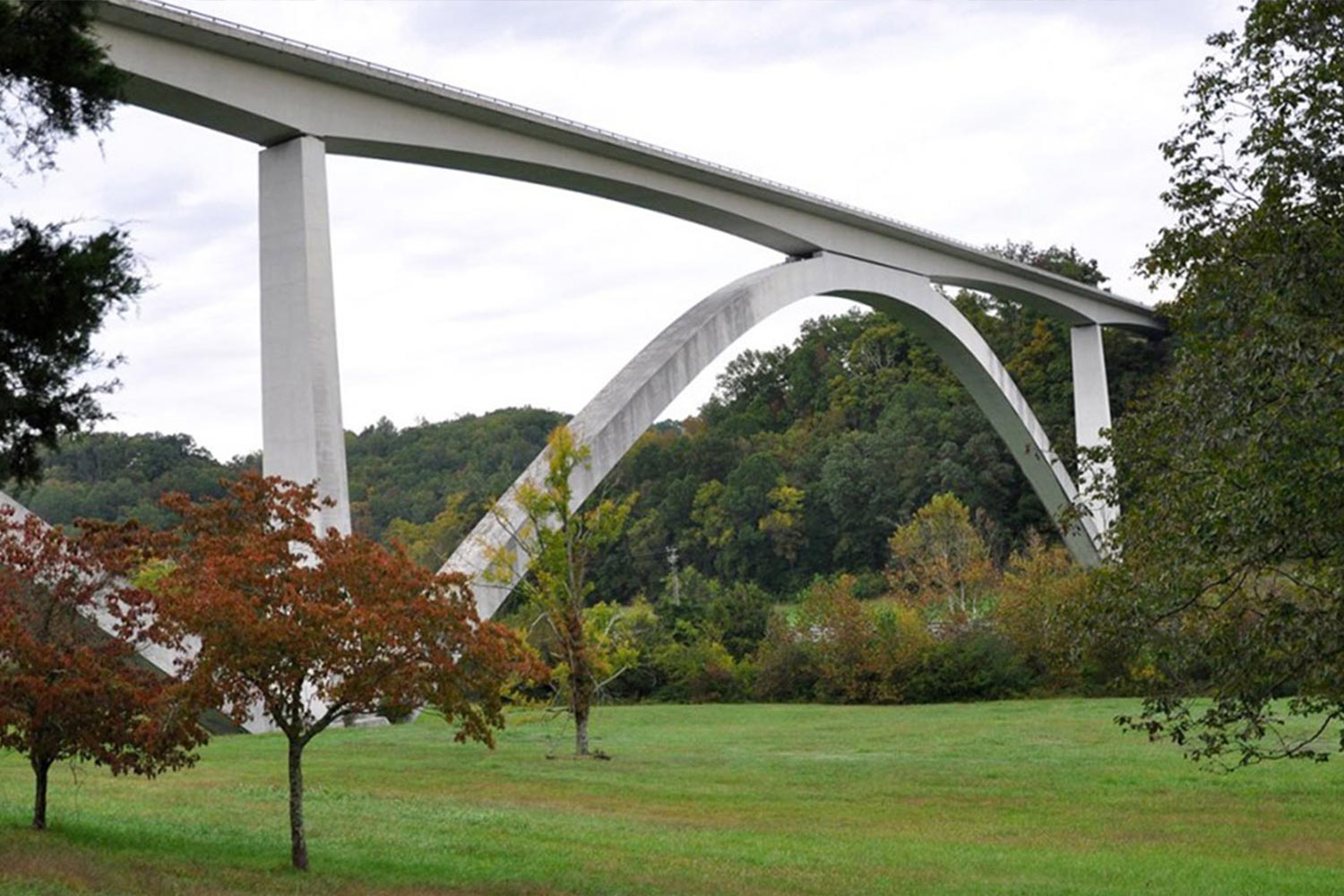 The National Park Service approved $1.2 million in federal funding in August for a feasibility study of designs meant to improve safety on the Natchez Trace Parkway Bridge, moving a senior design project in the Department of Civil and Environmental Engineering one step closer to possible implementation.

Working in response to a request from the Natchez Trace Bridge Barrier Coalition and under the guidelines of the NPS, the team developed four designs that seek to curb suicide attempts from the bridge.

“Instead of broadly trying to cover a number of proposals, we now hope to focus on providing designs as they relate to the impact on safety, material constraints, and the look of the bridge,” said CEE Senior Lecturer Jenny Retherford, faculty advisor on the project. “For example, a design might offer the best protection but be cost prohibitive, or might be the least obstructive on sight lines but at a loss of strength.”.

The four designs the team had previously explored are: 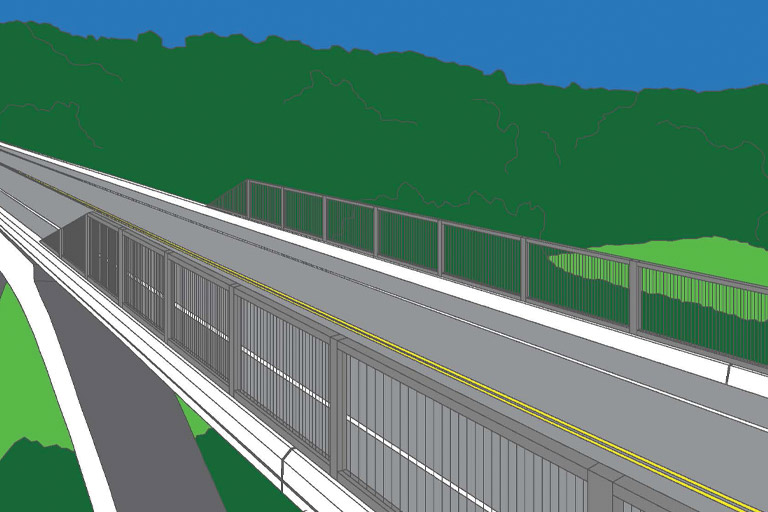 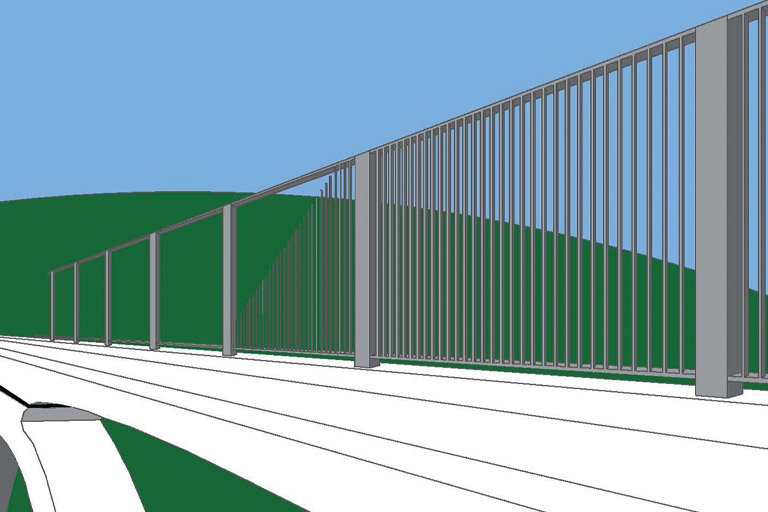 Much like a standard property fence, features metal strips spaced far enough apart to still allow a view of the valley 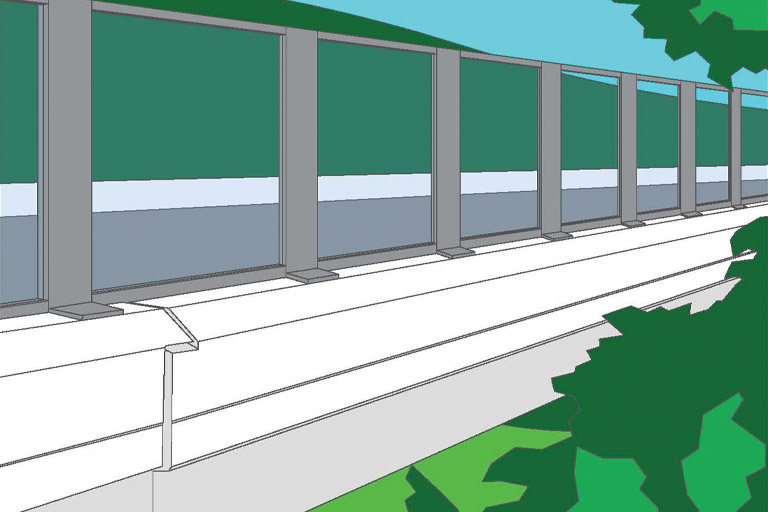 Instead of spaced metal planks, uses plexiglass to completely cover areas between posts without obscuring any of the view 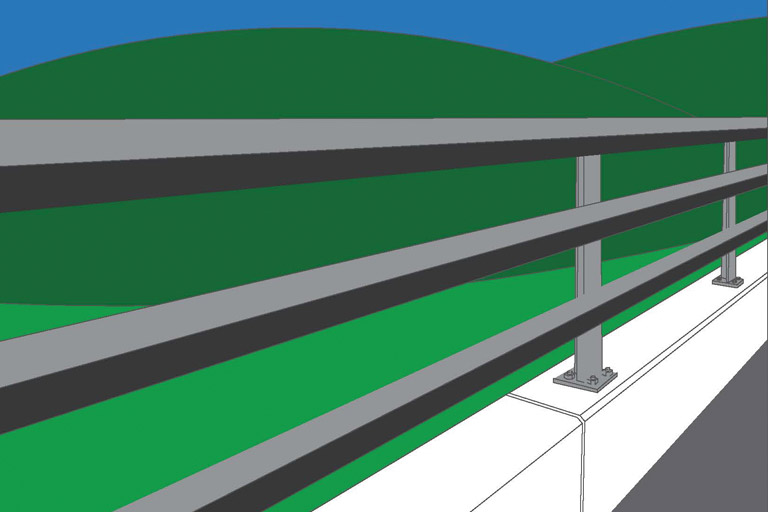 Likely the easiest to implement, features the same three-decked barrier seen along many interstates.

The double-arch bridge, just outside of Franklin, Tennessee, is one of the most famous sites on the nearly 450-mile-long route, but has seen more than 30 suicides where people jumped to their death from its span.

Railings on the sides of the bridge—built at only 32 inches so as to not impede the view from cars—are believed to be a factor in the ease at which attempts can be made, thus making them a focus of UT’s project.

Tennessee politicians helped the cause get to this point, with both chambers of the Tennessee General Assembly unanimously passing a bill declaring the bridge to be a danger, and Gov. Bill Lee speaking out in favor of new barriers.

Learn more about their project.