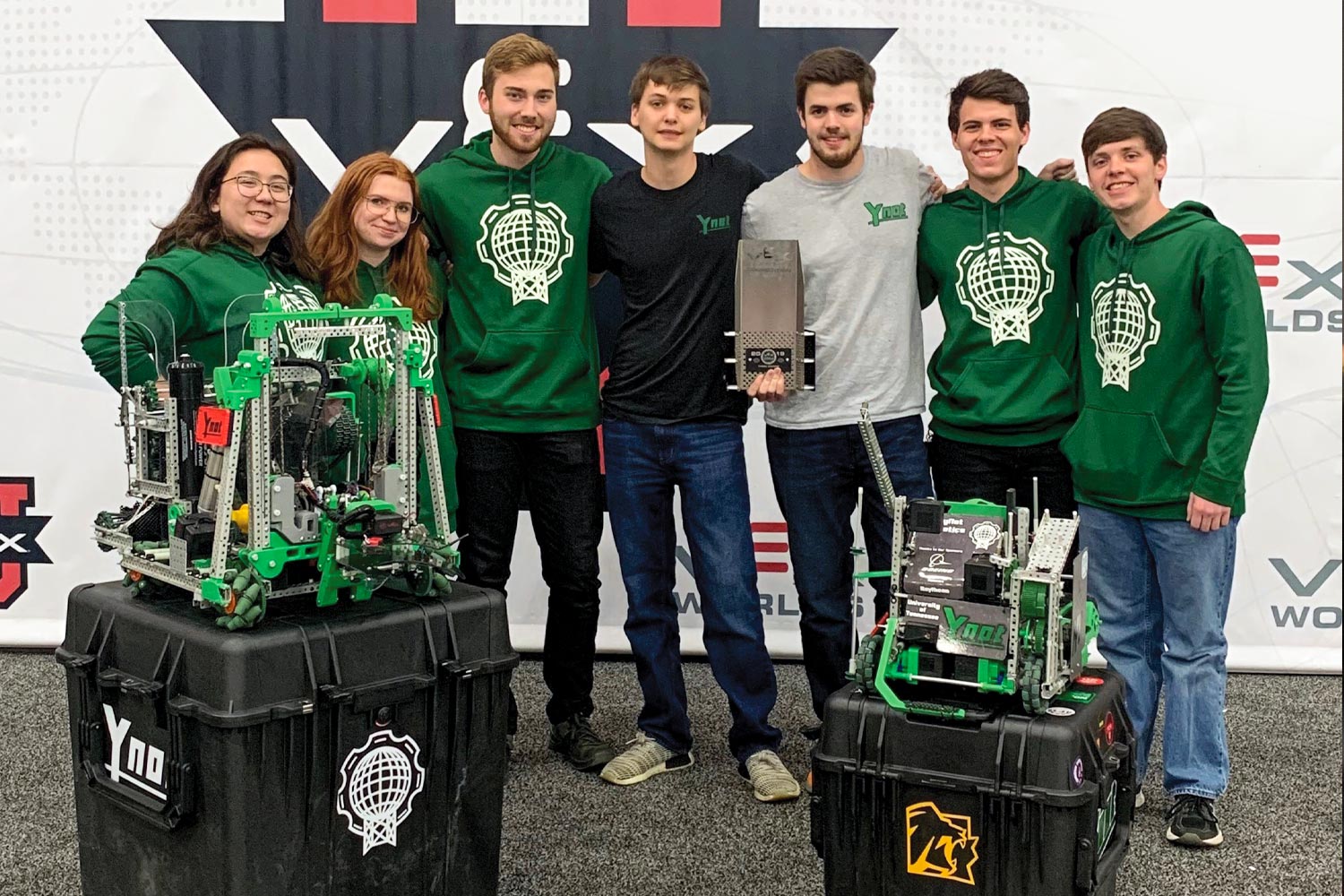 Man With a Plan

When industrial engineering student Grant Kobes founded UT’s competitive robotics team in the fall of 2017, his vision was two-fold. First, he sought to provide an opportunity for engineering students across all disciplines to practice the engineering design process first-hand. His team now accomplishes this objective with world class precision in the college’s Innovation and Collaboration Studio. His second goal was to increase interest in STEM among students in the Knoxville community through competitive robotics.

I want to get young students onto the Tickle College of Engineering campus where they can collaborate with each other using all the incredible resources that UT offers.”

What started as part of Kobes’s four-year project through the UT Honors Leadership program has rapidly expanded over the past two years to include students from multiple engineering disciplines and various years of study.

“The most unexpected result of participating in competitive robotics is discovering a new interest or talent a student was never aware of,” Kobes revealed. “I love watching my teammates challenge themselves in new ways, whether it be creating a novel part in CAD or learning to use a new machining tool in the ICS. When our team began two years ago, I was the only member with robotics experience. Now, we have a room full of capable designers, builders, and programmers.” 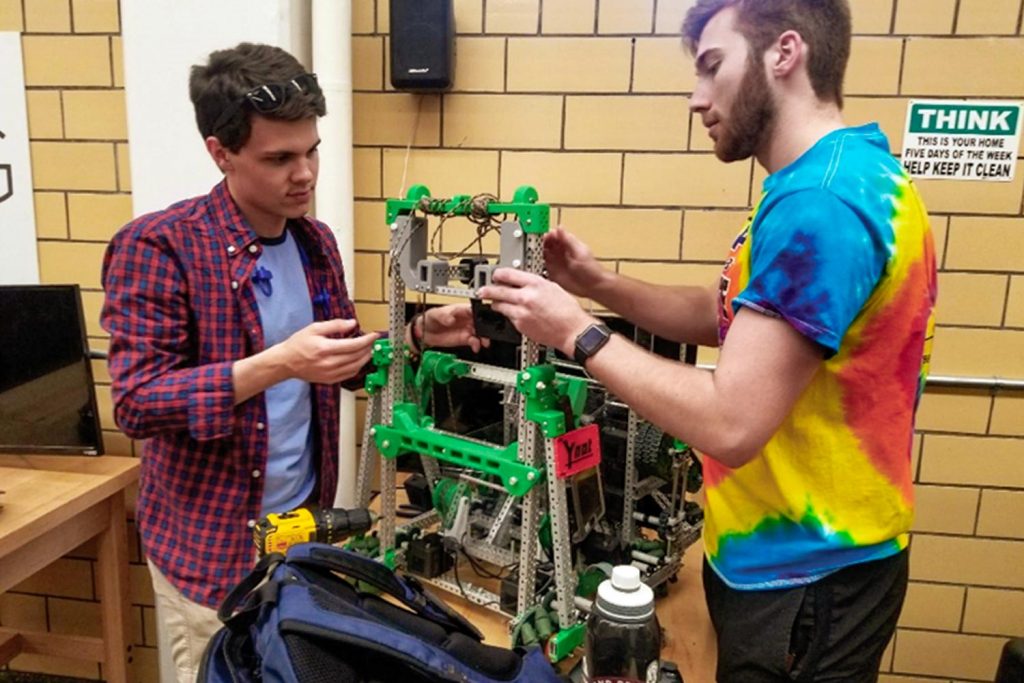 In addition to competing, Team YNOT gives back to the community through volunteer work at robotics events around the state.

“Our team members serve as either judges or referees for the competitions, helping things to run smoothly for participants,” he said.

Over the past year, several members of Team YNOT received service medallions through UT’s Jones Center for Leadership and Service for their individual contributions of over one hundred hours of community service, largely at Vex events. The team is also dedicated to mentoring younger teams from around the state.

“Our goal is to forge relationships with these gifted young engineers who will make perfect candidates for the engineering program at UT in the near future,” Kobes explained. “VEXU is a natural progression from middle and high school robotics programs. Kids who excel in this discipline in secondary school are very excited about the opportunity to continue their robotics careers at the college level,” Kobes admitted. At present, UT has the only VEXU team in the state.

Grant and the team have made a name for UT in the short two years of their team’s existence, qualifying for the annual Vex Robotics World Championship and bringing home a coveted award from the event both years.

“The most exciting part of Worlds is connecting with teams from around the globe that we regularly collaborate with during the season,” shared Kobes. “It is gratifying to see our designs and strategies utilized on robots from many nations; however, the most gratifying moment is welcoming middle and high school teams from around the state of Tennessee that we have mentored to their first world championship!”