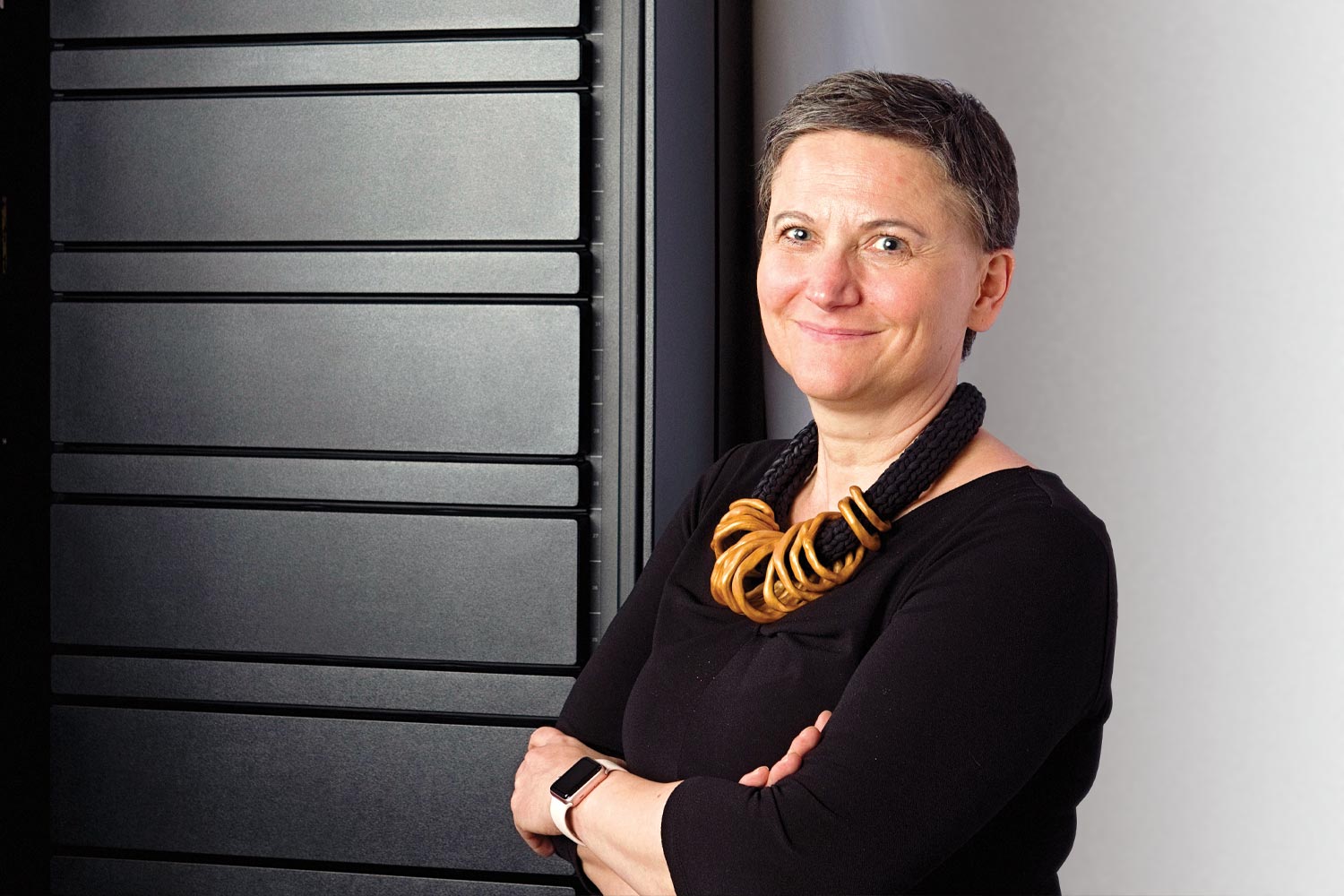 Living on the Edge: Taufer Strengthens UT Expertise in Computing’s Next Frontier

At UT, that right mix of people have helped make the Tickle College of Engineering a leader in the world of high-end computing, according to Dongarra Professor Michela Taufer, a globally respected expert in the field.

In fact, that’s what attracted her to UT in the first place.

“There is a very strong, very broad group of researchers here, covering many aspects of computing,” said Taufer, who works in the Min H. Kao Department of Electrical Engineering and Computer Science. “A lot of places can claim to excel in one area or another, but we have people who are experts in machine learning, in computing speed and power, in computing hardware, in many areas. High performance computing goes well beyond supercomputing, and we are helping lead innovation in this arena.”

Speaking of the edge, Taufer said that the next advancement taking place in computing is through what is called edge computing.

An increasing number of industries are using data and edge computing in a cycle of innovation: companies use their available data and information to help make starting decisions, then use the resulting data gathered after those first actions to influence future improvements.

It’s a cycle of continuous change and improvement.

“Edge computing and integration of data into decisions is the next big thing,” Taufer said. “So much of it is based on simulation, gathering analytics, plugging data into real systems, conducting analytics on those results, and using simulation to further hone in on the next round of changes.”

Edge computing holds particular value in areas where even the slightest improvement in performance could make big differences. 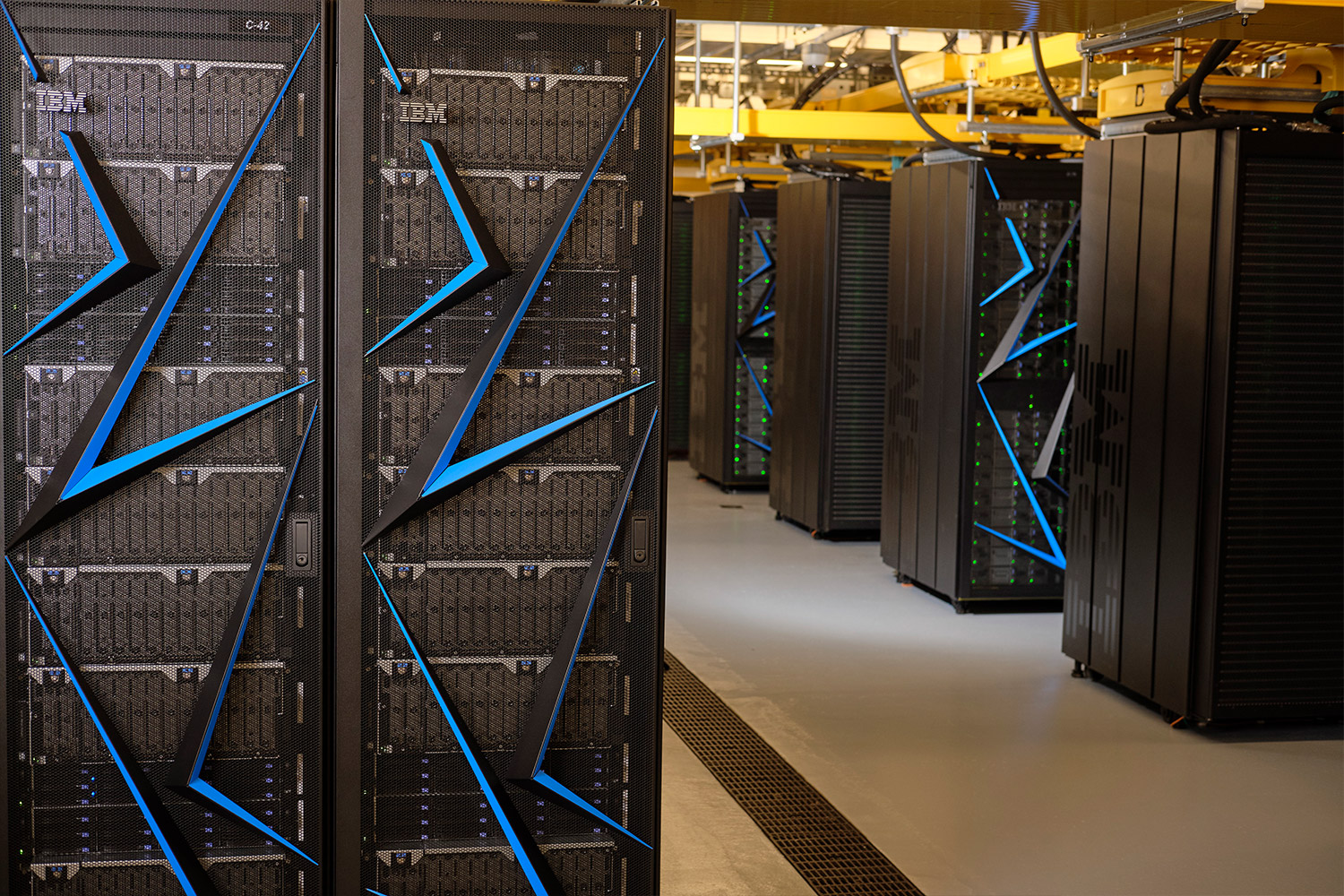 Take energy, for example. When used in conjunction with wind turbines, edge computing can better predict times of need, the best angle for blades to be pointed, which turbines to activate, and even the best path to route the produced power, all using the cycle of data gathering and use that Taufer described.

Traditional computing won’t be replaced, but will be added to through things like edge computing or quantum computing. Because we have people with expertise in those areas, UT can really be out in front.”

And that leadership impacts humanity in a number of ways.

Through the cyclical data, analysis, and implementation process Taufer and others at UT are stressing, surgeons can figure out the best way to operate on the brain before making the first incision; farmers can get a better idea of what and where to plant; and automotive engineers can design safer, more efficient vehicles, all of which are processes where failure results in a negative outcome for humans.

With so many potential areas affected by groundbreaking computing techniques, scientists like Taufer and her colleagues are in high demand, but she revealed another way UT is unique.

“Our motivation is the impact we can have on society” Taufer said. “We’re here to serve our community for the betterment of all, not for profit. Our payoff is energizing and integrating the next generation of researchers into that spirit of our department.”

She said it is exciting to see students come to UT with new ideas and watch faculty use their own expertise to help their pupils explore, develop, and push the boundaries of computing.

Taufer’s department is particularly well positioned because it has faculty with advanced knowledge of several areas of key importance to computing, including applications, libraries, and hardware.

People beyond her department have taken notice, as well. UT and the University of Illinois are the only two universities in the US to be part of the multi-national Joint Laboratory for Extreme Scale Computing (JLESC). In fact, JLESC held its annual workshop at UT this April, bringing experts from national laboratories and universities from around the world to Knoxville.

As a highlight of her role in pushing the boundaries of computing, Taufer is serving as chairperson of SC19, the International Conference for High Performance Computing, Networking, Storage, and Analysis held in Denver, Colorado, this fall.

One of the topics she hopes to address is the need to seek partnerships and cooperation outside traditional areas. Supercomputing has typically been a small, narrowly focused community, but collaboration with other fields is key to the growth of the field.

“It is important to remain curious, to see possibilities and incorporate new ideas,” Taufer said. “UT trains students to think like that, get to what is important, and understand the big picture, and work toward the future.”

For Taufer and her colleagues, that future is limited only by their imagination.

Check out a short Q&A with Dongarra Professor Michela Taufer.

What is the new technology?

The latest sign of the strength of UT’s collaboration with IBM came with the company awarding the university a POWER9 server stack like the kind used on the Summit supercomputer housed at Oak Ridge National Laboratory. Summit is made up of a warehouse-sized room of many dozens of server stacks working in collaboration to make calculations at incredible speeds, while UT’s server stack will allow its use as a learning tool for faculty and students at a scaled-down size.

How many other institutions have one?

UT is one of the first universities in the world to have a server stack like the kind used on Summit, with the University of Miami recently announcing a similar development.

Where is it located?

It is housed in the Claxton Complex, near the Innovative Computing Laboratory, an institution led by UT Distinguished Professor and ORNL Distinguished Scientist Jack Dongarra—who is also playing a vital role with the new server stack—placing it where UT and the college already have an established computing presence.

Why did IBM pick UT for this?

IBM and UT have a track record of collaboration, including several recent grants and programs being started by the computer giant for UT’s benefit and educational outreach, including a particular focus on big data and supercomputing. Fisher Distinguished Professor and computing pioneer Mark Dean is an IBM fellow and holds three of the first nine patents related to personal computers. He helped jump-start the project while most recently serving as interim dean of the college.

Who else is leading the effort?

How will it be used?

While the benefits of working with a server stack of the world’s fastest computer are enormous to UT students and faculty, IBM also gets something out of the agreement in the form of feedback and suggestions that will help guide the development of Summit’s eventual replacement.