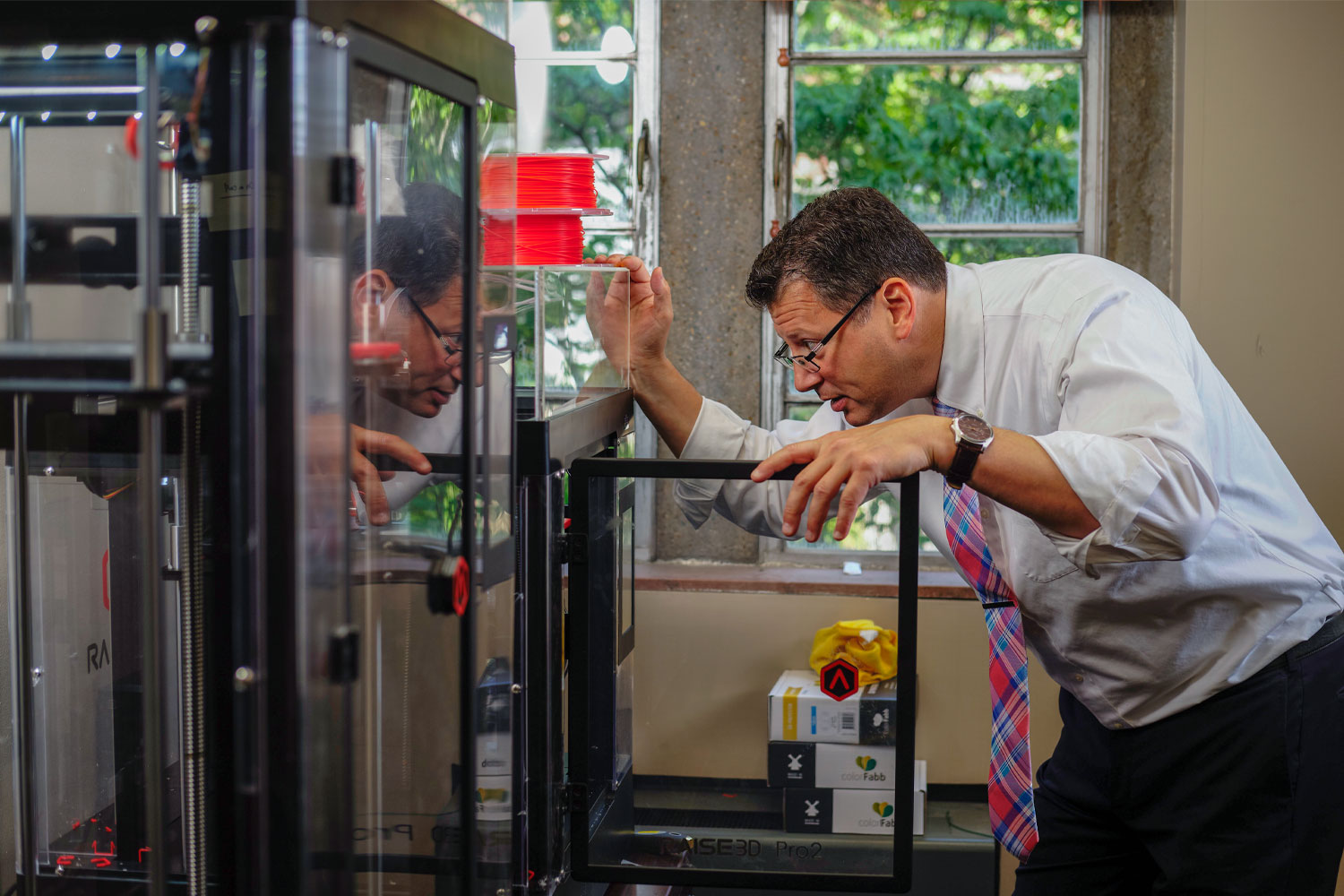 A new device aims to reduce hospital expenses when caring for patients with a history of IV drug use.

As hospitals across the country see an increase in patients addicted to heroin and other injectable opioids, they’re also facing new treatment challenges: patients with a history of intravenous drug use who bring illegal drugs into the hospital to inject directly into their vascular access lines, which transport the drugs directly to their heart. Such behavior can cause an infection resulting in prolonged hospital stays, surgery, or even death.

“This leads to high costs for the hospital due to such infection rates counting against the hospital, which can reduce the hospital’s medical reimbursement,” said Matthew Mench, head of the Department of Mechanical, Aerospace, and Biomedical Engineering in UT’s Tickle College of Engineering. “Many in this patient population are uninsured, and the hospitals keep them in the facility for longer periods of time thereby losing a tremendous amount of money.”

The University of Tennessee Medical Center (UTMC) was one of the hospitals facing the problem.

“At the quality improvement meetings at UT Medical Center, I heard many times that we were having problems with patients and their families accessing their IV lives with substances brought into the hospital,” said Mitch Goldman, assistant dean for research in the Graduate School of Medicine. “So my first thought was ‘Why don’t we just stop them by putting the access points in a box with a lock?’”

Realizing in 2016 that there was nothing on the market to help, Goldman came to Mench to try to solve the problem.

Mench began devising a concept for a transparent tamper-evident box that closes around the vascular access line interface using a pin connection. With feedback from nurses, he 3D-printed a prototype then spent several months refining the design. Associate Professor Chad Duty and Rosenberg Associate Professor of Practice Matthew Young helped perfect the design by adding a key innovation: an internal chamber to catch the ends of the colored pins, showing clear visual evidence of tampering.

With the help of the UT Research Foundation (UTRF), the device, named the TEL BOXX, went to market in September 2018 and is now used in 11 hospitals across eight states.

“The fact that it has gained acceptance is an example of true teamwork in translational medical research—confronting a problem, looking for solutions, testing the solutions, and bringing them to clinical use,” Goldman said.

The invention is the only product available that can be used while the vascular access line is being actively used to administer medication. It covers any interface points that can be tampered with, does not crimp or leave residue on the line, and can deter some patients from tampering with the line.

“A high-risk patient, who we always suspected of tampering with the line, left the facility within a couple of hours,” said a nurse in Pennsylvania. “The box sent a clear strong message to him to keep away from the line.”

Evidence of tampering is all the facility needs to document suspected injecting, somedical reimbursement rates may not be affected. It also allows the hospital to free up space by transferring these patients from the hospital to a skilled nursing facility or ambulatory clinic so the patient can get daily medication as an outpatient.”

“It is a team effort working towards commercialization of the TEL BOXX from its inception, addressing a current and relevant market need,” said UTRF Vice President Maha Krishnamurthy.

Having the TEL BOXX be successful is a satisfying feeling for Mench and aligns with everything he loves about his job—being creative and helping people.

“The TEL BOXX is a device with real market value and it allowed me to do some inventive engineering, which I love,” said Mench. “Most importantly, as an engineer, I always want to impact humanity in a positive way.”

The product portfolio has since been expanded to include several different sized boxes, each one tailored to meet a specific need to provide evidence of tampering at a controlled access point. UTRF already has two issued patents with another four pending, and the next-generation design is in the works. The new design is based on customer feedback and will be much less expensive to produce, more comfortable for the user, and easier for medical staff to use.

In the meantime, Krishnamurthy and Mench are looking to partner with a medical supplier to manufacture and sell the TEL BOXX in the hopes that the device could soon be helping hospitals refocus on patient care and recovery.