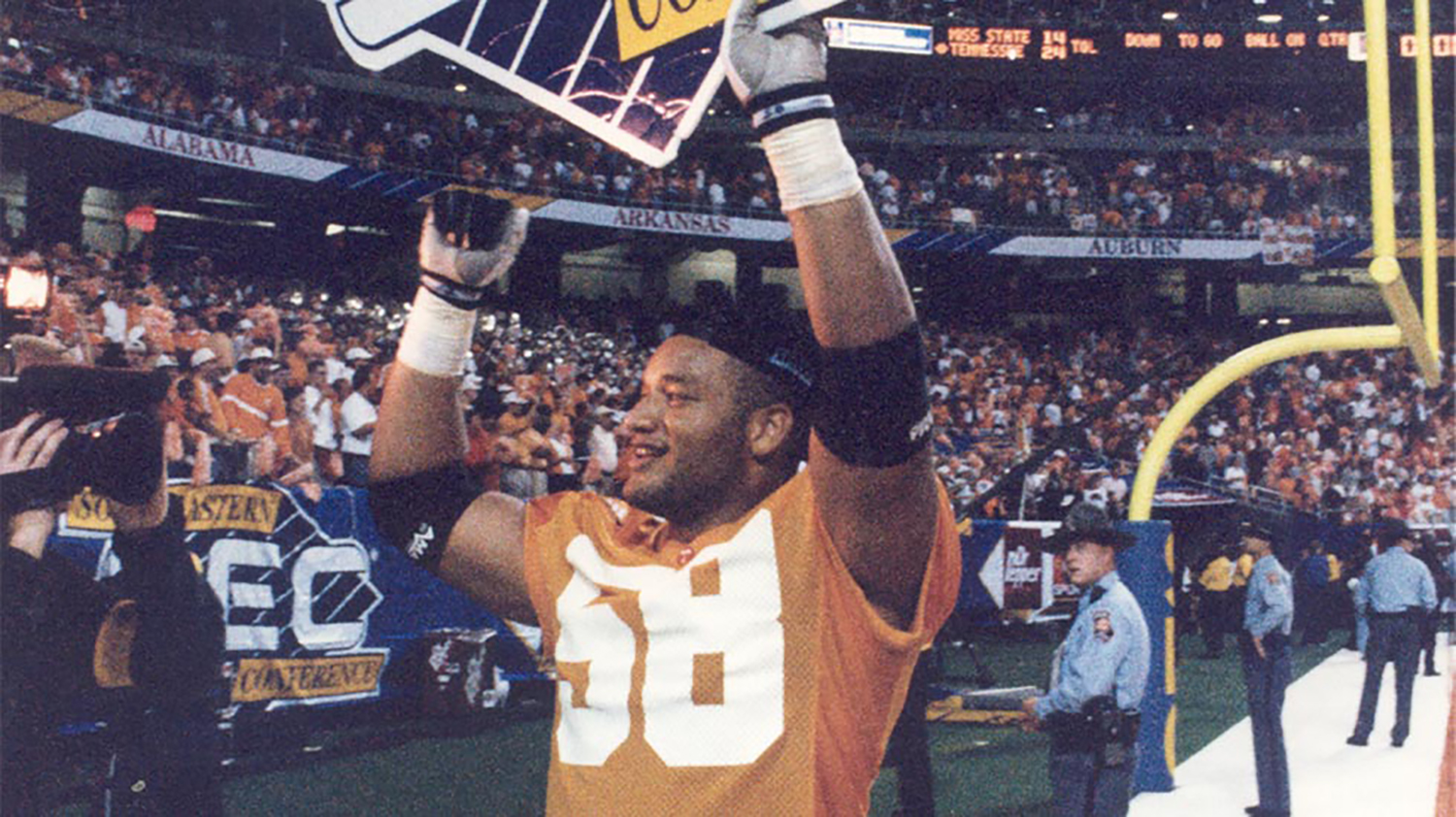 College Has Ties to Earliest Days of Tennessee Football

College football turned 150 years old on November 6, having long ago worn its way into the tapestry of America.

The University of Tennessee fielded its first team in 1891, playing only one game that first season, a 24-0 loss to Sewanee in Chattanooga.

The school’s second season began a rich history of connections between the team and what is now the Tickle College of Engineering, one that includes current Tennessee offensive lineman Ryan Johnson, who is majoring in civil engineering, and recent graduates Alex Ellis, Joshua Dobbs, and Corey Vereen, who graduated after majoring in biomedical, aerospace engineering, and computer science, respectively.

That 1892 team played a more robust schedule, going 2-5 with road wins at Maryville College and the Chattanooga Athletic Club, a loss to Wake Forest, and two losses to both Vanderbilt and Sewanee, as UT played each at home and on the road. The season-opening, 25-0 win at Maryville was the school’s first victory of what has now grown to 843.

In addition to hosting its first home game, a 10-0 loss to Sewanee at Waite Field, now the site of the Walters Life Science Building, UT’s second team also had the first connection to the college of engineering—Charles Ferris, who played right tackle on the team.

Ferris was the first of three people who shared the unique connection of having a hand in shaping Tennessee’s football legacy, leading the college’s faculty, and later having a building named in their honor.

Ferris would serve as the first dean of the college of engineering beginning in 1912, with Ferris Hall named in his honor in 1930.

Around the same time that Ferris was becoming an integral part of the college’s faculty, Nathan Dougherty became Tennessee’s first true superstar. He served as captain in 1909 and had a career successful enough to earn induction into the College Football Hall of Fame in 1967 and unanimous selection to the Associated Press half-century team for the southeast for the era spanning 1869-1919.

Dougherty was instrumental in the formation of the Southeastern Conference, when member schools south and west of the Appalachian Mountains split with the Southern Conference in 1933, serving as the first SEC Commissioner before becoming dean of the college of engineering from 1940-56.

While Ferris was important to Tennessee on the field, another Charles, Charles Perkins, played a role in a monumental decision that impacted the field itself.

Perkins, who had been chairman of the faculty for the college before Ferris became its first dean, served as head of a committee looking for a new home for the Volunteers.

Under his guidance, the committee recommended that the university buy a parcel of land further down what was then known as 15th Street—now Phillip Fulmer Drive—and soon, in 1921, Shields-Watkins Field opened and has housed the team since.

Dougherty served as faculty chairman of athletics at that time, a role similar to what we would now call an athletics director. In that position, he made arguably the biggest hire in Tennessee sports history by elevating Robert Neyland to head coach of the Vols before the 1926 season.

The decades that have followed have seen the connection grow through engineering students who played for the Vols, including longtime Tickle College of Engineering Board of Advisors member Wayne Coleman, College Football Hall of Fame member and first-ever draft pick of the Cincinnati Bengals Bob Johnson, and member of UT’s 1998 national championship-winning team and 10-year NFL player Darwin Walker. Walker was named Tennessee’s representative for the SEC’s 2019 Football Legends class.

Other engineering students known to have played for the Vols include (by decade):

Notably, Ackerman would serve as an SEC football official following his playing days, keeping him connected to the sport.

As records aren’t complete, we welcome any additional Engineering Vols that you know that we’ve missed. Contact tce@utk.edu to let us know.