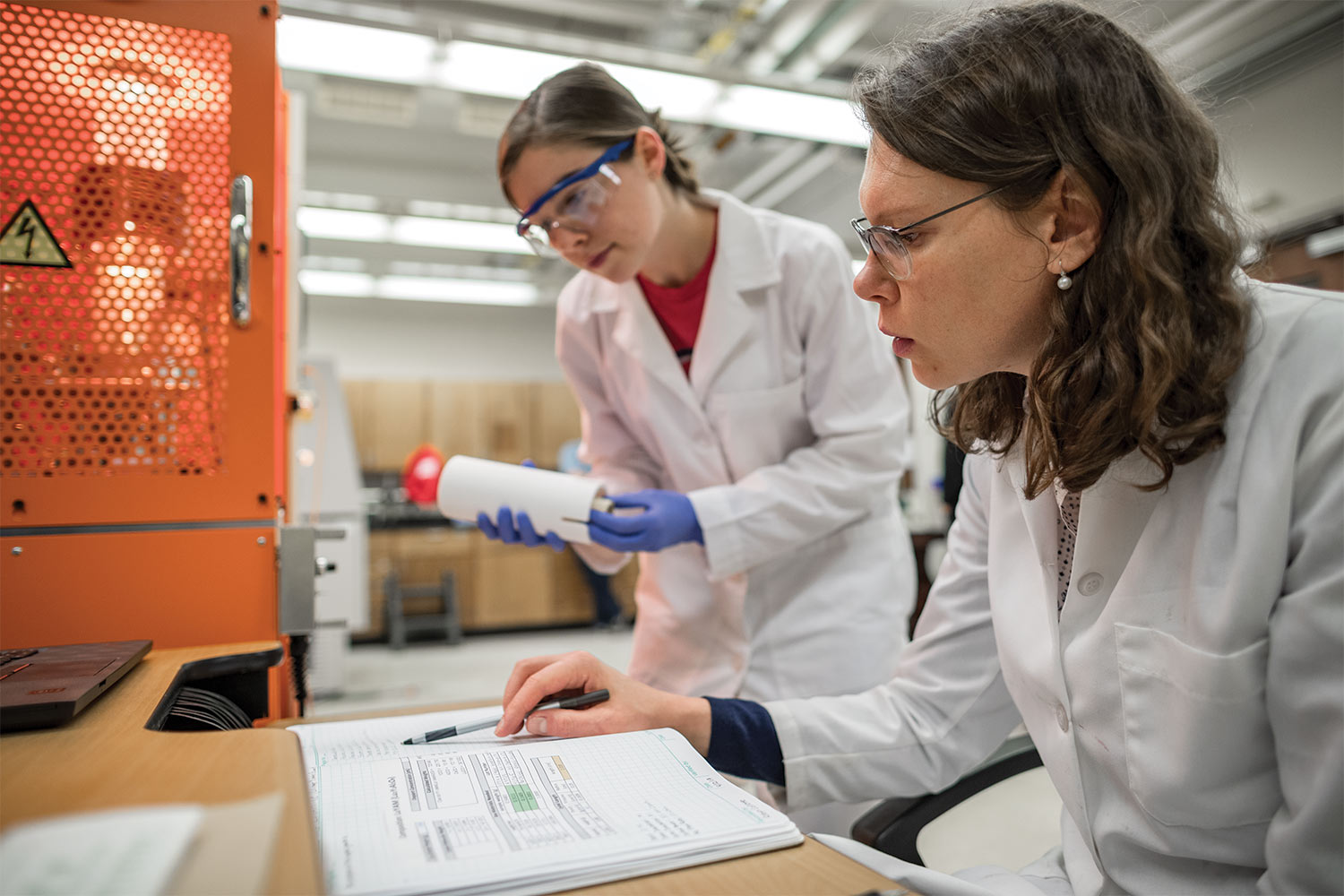 A tractor-trailer truck awaits a cargo container at a port, its driver oblivious to the fact that part of the shipment has been intentionally mislabeled to disguise its radioactive nature, but a new type of device designed to detect such malicious goods halts the scheme in its tracks before any harm can be done.

While it might sound like the start of the latest Hollywood thriller, the reality is that any number of groups would love the opportunity to get their hands on radioactive materials, making the threat all too real. Thankfully, so is the technology to thwart them.

“Scintillators are already in use as a means to detect radiation, as their properties cause them to glow in its presence,” said Assistant Professor Mariya Zhuravleva, of the Department of Materials Science and Engineering (MSE). “What we want to do is to take the next step to improve their performance while lowering costs, which should increase their implementation.”

Zhuravleva is leading one initiative backed by the Department of Homeland Security (DHS) and is playing a key role in another, both aimed at improving scanning and detection of illicit radioactive materials. The Countering Weapons of Mass Destruction Office (CWMD) within DHS has a particular interest in both ideas, which were two of only seven projects from around the US chosen for funding.

In the first project, for which UT’s Zhuravleva-led team was awarded $2.4 million over five years as the lead institution, the researchers will design new materials based off a concept known as high entropy, in which materials have a disordered structure, allowing them to be manipulated and combined with other materials to form new, specifically tailored compounds.

The team will create a new class of scintillators using rare earth materials with the goal of developing a new type of X-ray scanner for use in detecting radioactive shipments, which are often heavily shielded to hide their true nature.

This work has the potential to be a win-win, as it strengthens our national security while at the same time helping develop the workforce of tomorrow in this key area through the research and training that our students will help conduct.”

The second project, led by Watertown, Massachusetts-based Radiation Monitoring Devices (RMD), will focus on developing scintillators using thallium, which will provide marked improvements over current designs. Founded in 1974, RMD has a strong track record built around working with US agencies, including NASA, the Department of Defense, the Department of Energy, and the National Institutes of Health.

Currently, cadmium tungstate and cesium iodide are two of the more commonly used scintillators that help scan international cargo, but have problems with cost and sensitivity, respectively. The new thallium-based scintillators should help solve both issues.

Zhuravleva will serve as lead principal investigator for the university’s team, which will receive $945,000 over five years as a subcontractor on the project.

“This work has the potential to be a win-win, as it strengthens our national security while at the same time helping develop the workforce of tomorrow in this key area through the research and training that our students will help conduct,” said Zhuravleva. “That hands-on experience in detection, design, and development will prove a vital part of the CWMD’s continued vigilance in the years to come.”