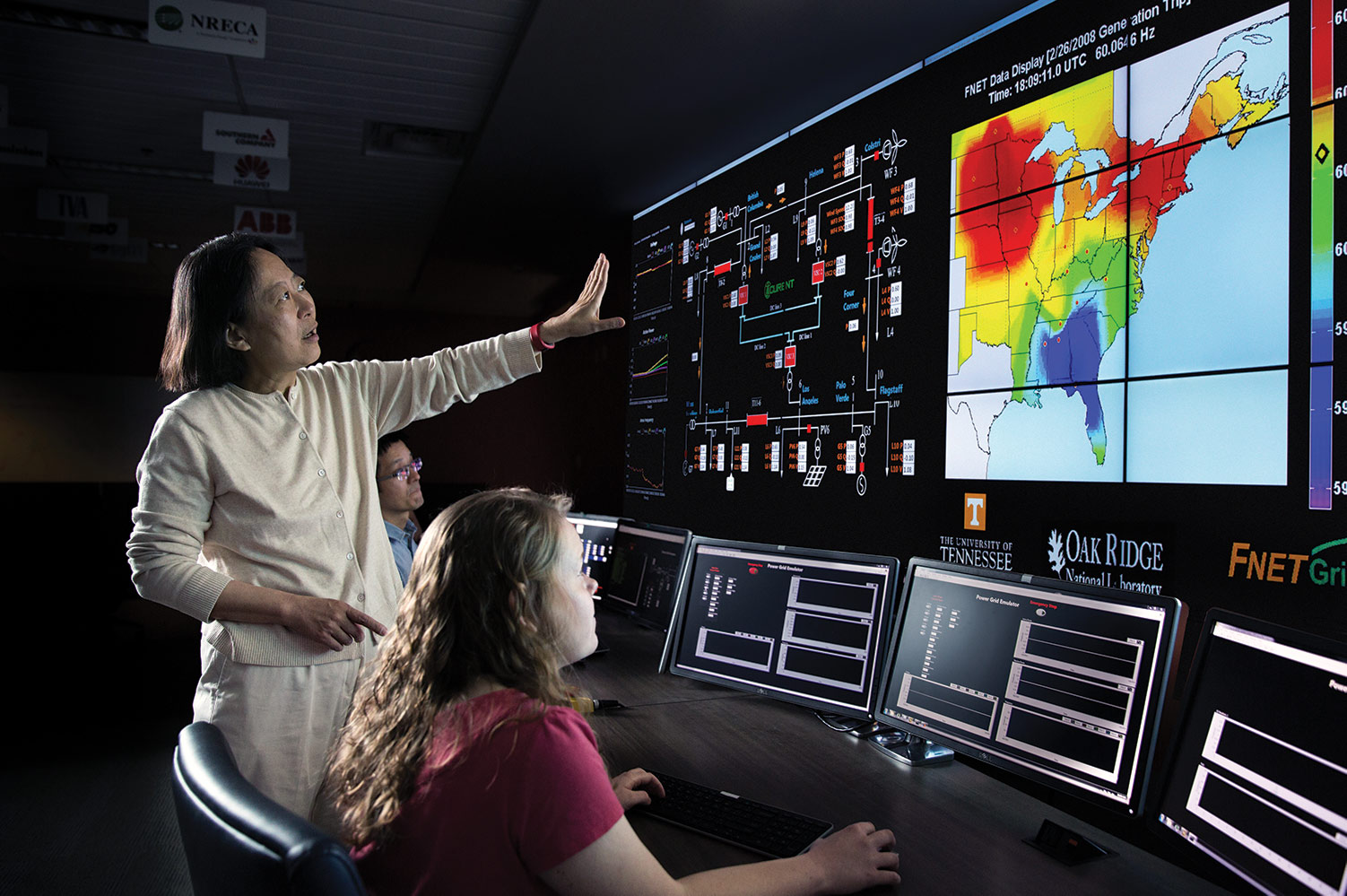 Turning on the lights, microwaving a meal, or setting the DVR to record your favorite show is as simple as flipping switches or pressing a couple of buttons… assuming the power is flowing. 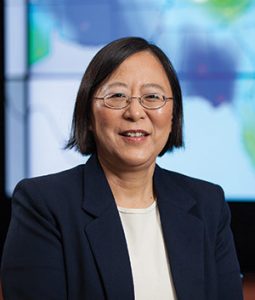 That’s where Yilu Liu comes into the picture.

Liu is an internationally-recognized expert in several areas related to power grids, including their performance and security. She’s also both the UT-ORNL Governor’s Chair for Power Grids within the Min H. Kao Department of Electrical Engineering and Computer Science and deputy director of the Center for Ultra-wide-area Resilient Electric Energy Transmission Networks (CURENT), positions that have helped bolster her role as a key player in this important field, both locally and internationally.

“We’ve made some pretty big improvements, even in just the last few years,” said Liu. “We’ve had a lot of success within our department, and when you add in critical partners like ORNL, who has funded numerous projects, and the 35-plus institutions involved with CURENT, we’re really making critical advancements.”

Technological innovation is a key tool in helping keep the grid flowing normally, and an area where Liu continues to excel. For more than a decade, technology that she developed known as FNET/Grideye has helped monitor the nation’s power grid, best seen via CURENT’s star attraction: a movie-theater-sized screen that shows the nation’s grid in real time and can send alerts to the appropriate agency when a problem arises.

Liu herself has received two patents related to grid monitoring in the past year alone. The Synchrophasor Measurement Method for Power Systems uses samples from the grid that have been taken at GPS-synchronized moments, allowing for better control and monitoring, while the Mobile Universal Grid Analyzer allows researchers to use their cell phones to get a real-time look at the grid.

We’ve had a lot of success within our department, and when you add in critical partners like ORNL, who has funded numerous projects, and the 35-plus institutions involved with CURENT, we’re really making critical advancements.”

The FNET/Grideye system has been made even better by the implementation and use of Frequency Disturbance Recorders, or FDRs, that sample the grid more than five million times per hour, roughly 1,400 times per second, sending the data back FNET/Grideye.

The FDRs in use by the system only require ethernet access, GPS connectivity and a power supply, making them extremely portable and versatile, all of which helps keep the grid up and running.

The system can also be used to help researchers learn what happened in past power-related incidents. For example, the team was able to study a 2008 case where a power plant in Florida failed, and what that meant for connected stations throughout the US.

“Keeping the nation’s power supply secure and working is a vital task, one that I take very seriously,” Liu said. “Many people might view storms and their related outages as the main threat, but the reality is that there are a lot of important operation considerations to be made and a number of things that could go wrong that need to be avoided.”

Thanks to Liu, those problems could be a thing of the past.

Liu has also been a part of several technological advances along the way, several of those being related to improving or augmenting GPS as it relates to grid monitoring: