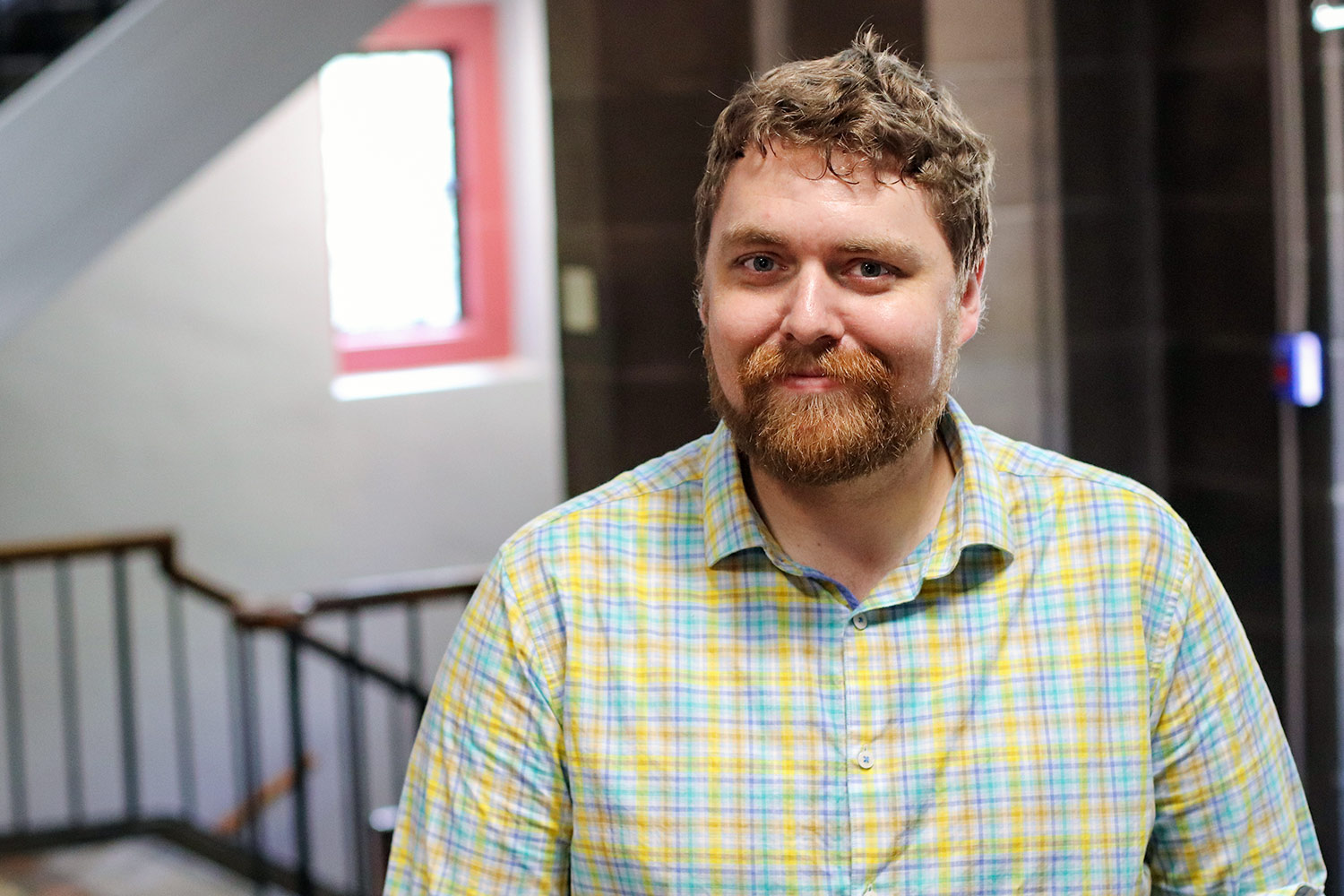 Chiral magnets are a class of materials that hold great promise to a number of fields, including data storage and energy use.

Understanding their structure and behavior is a key step toward their adaptation as a possible “next big thing” in electronics and devices.

Assistant Professor Dustin Gilbert, of the Department of Materials Science and Engineering, might have opened the door to such a knowledge of chiral magnets with his idea of using neutrons and X-rays to better unlock their secrets.

Gilbert’s proposal also earned him national exposure, as his work was selected to gain funding under the Department of Energy’s (DoE) Early Career Research program, through its Office of Basic Energy Sciences.

“I am honored and humbled to have been selected for this recognition,” said Gilbert. “I’m eager to explore and gain a better understanding of chiral magnets, their properties, and their potential uses.”

Gilbert’s project, “Exotic Uses of Neutrons and X-rays as Probes for Chiral Magnets,” hopes to succeed by using the special ways each one of those interacts with magnetism.

He said that the power of both techniques is their ability to resolve these extremely small, magnetic features.

On the one hand, the use of neutrons allows researchers to see within the structure of the magnets themselves, while X-rays give specific responses on their surface and have element-specific results. By using both techniques, scientists can learn about all of the properties of the magnet and magnetic field at the same time.

“Being able to probe inside these particular magnetic fields without magnetic interference would be a big step forward,” said Gilbert. “We’re only at the start of understanding how we can utilize chiral magnets, so anything that helps us gain knowledge of how they work and interact could have major implications down the road.”

“I am honored and humbled to have been selected for this recognition, I’m eager to explore and gain a better understanding of chiral magnets, their properties, and their potential uses.”
—Dustin Gilbert

Gilbert will receive a minimum of $150,000 per year for the next five years from the program, highlighting just how important his work is to the nation.

“The Department of Energy is proud to support funding that will sustain America’s scientific workforce, and create opportunities for our researchers to remain competitive on the world stage,” said Under Secretary for Science Paul Dabbar. “By bolstering our commitment to the scientific community, we invest into our nation’s next generation of innovators.”

Gilbert and others who were chosen were selected by outside experts and based on peer review of proposals. The research portion of his project will be carried out at ORNL and at the National Institute of Standards and Technology.