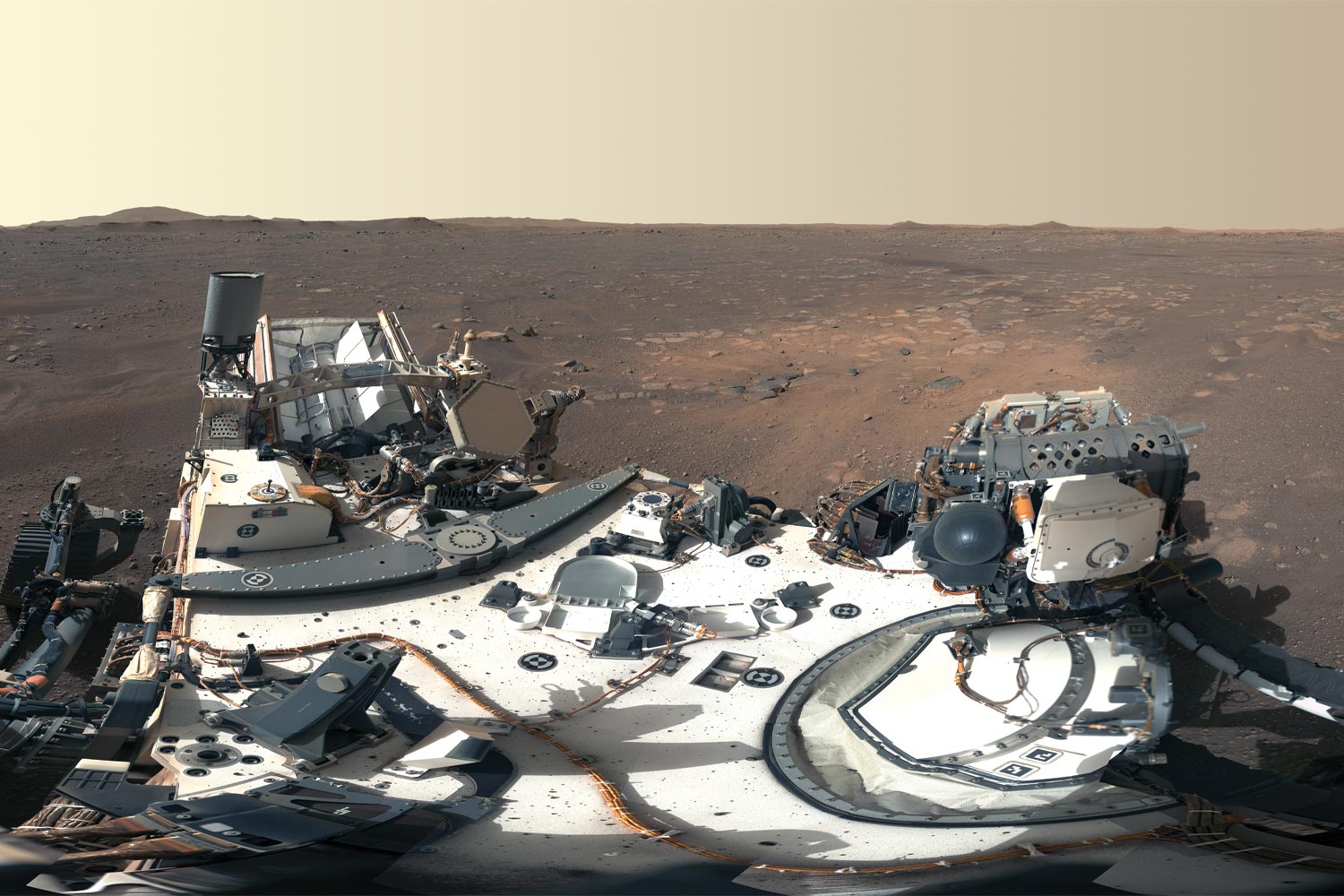 When NASA’s Perseverance Mars Rover landed in the Red Planet’s Jezero Crater, it began looking for signs of ancient microbial life & collect samples for future missions to return to Earth. To help it on its way, the rover uses more than 80 quad operational amplifier chips designed by faculty and students of our Integrated Circuits and Systems Laboratory (ICASL), led by Min H. Kao Department of Electrical Engineering and Computer Science Professor Ben Blalock.

Blalock and his team could not have been more excited.

“Working with the NASA & JPL is always a fantastic opportunity,” said Blalock. “It’s UT-ICASL’s privilege to contribute their missions of exploration. I believe humankind is at its best when exploring.”

The Mars QOA chip was designed by two UT-ICASL graduate research students, Stephen Terry and Robert Greenwell, with Blalock as their research advisor, in collaboration with NASA’s Jet Propulsion Laboratory, which funded the research.

Blalock’s research team at UT has extensive experience in extreme environment electronics, including environments of wide temperature and radiation variations.

“The opportunity to design the Mars QOA came about because no commercial-of-the-shelf operational amplifier chip could satisfy, or survive, the Martian surface environment,” said Blalock.

The Curiosity rover, using 80+ copies of the Mars QOA, is still exploring Mars following its early August 2012 arrival. That rover’s prime mission duration was a single Martian year, or about 23 Earth months, but the rover’s high reliability has enabled the continuation of its mission to further science.

This panorama, taken on Feb. 20, 2021, by the Navigation Cameras, or Navcams, aboard NASA’s Perseverance Mars rover, was stitched together from six individual images after they were sent back to Earth.

A key objective for Perseverance’s mission on Mars is astrobiology, including the search for signs of ancient microbial life. The rover will characterize the planet’s geology and past climate, pave the way for human exploration of the Red Planet, and be the first mission to collect and cache Martian rock and regolith.