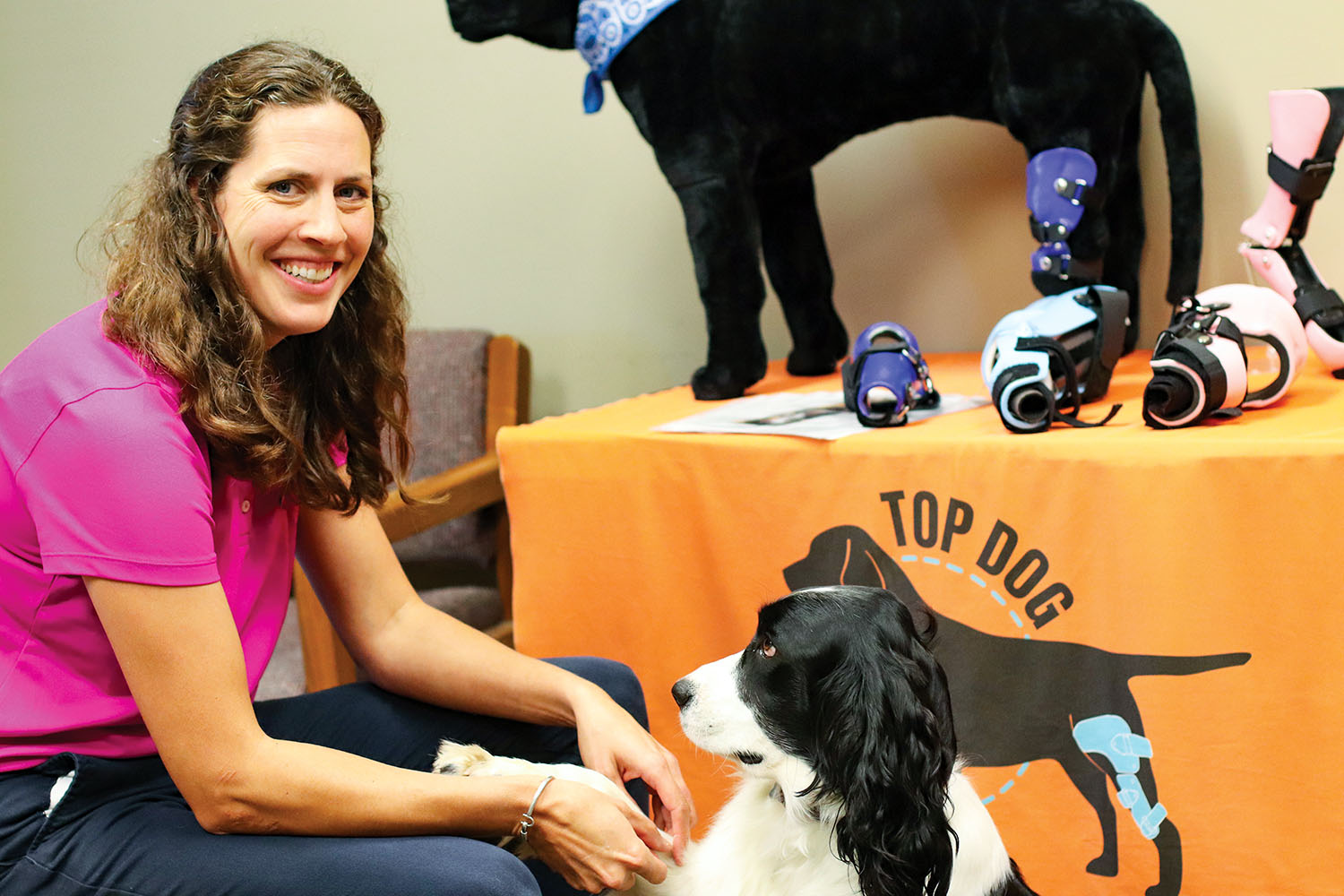 Dogs Gets Assist Thanks to Company Co-founded by UT Alumna

For many pet owners, their animals are a part of the family, and are pampered and cared for as such no matter the cost. Those costs can be significant, however, especially medical costs—even more so for specific ailments rather than just general care.

Dogs, for example, can develop orthopedic problems that can cost well over $1,000 per leg to correct, with procedures also leading to recovery time and rehabilitation efforts just to get somewhat close to the functionality that they had before.

That is changing for the better, thanks in part to a Knoxville-based startup co-founded by UT alumna Abby Chandler.

Chandler, along with Richie Henson, started Top Dog Bracing to provide an alternative to surgery for dogs needing orthopedic relief. 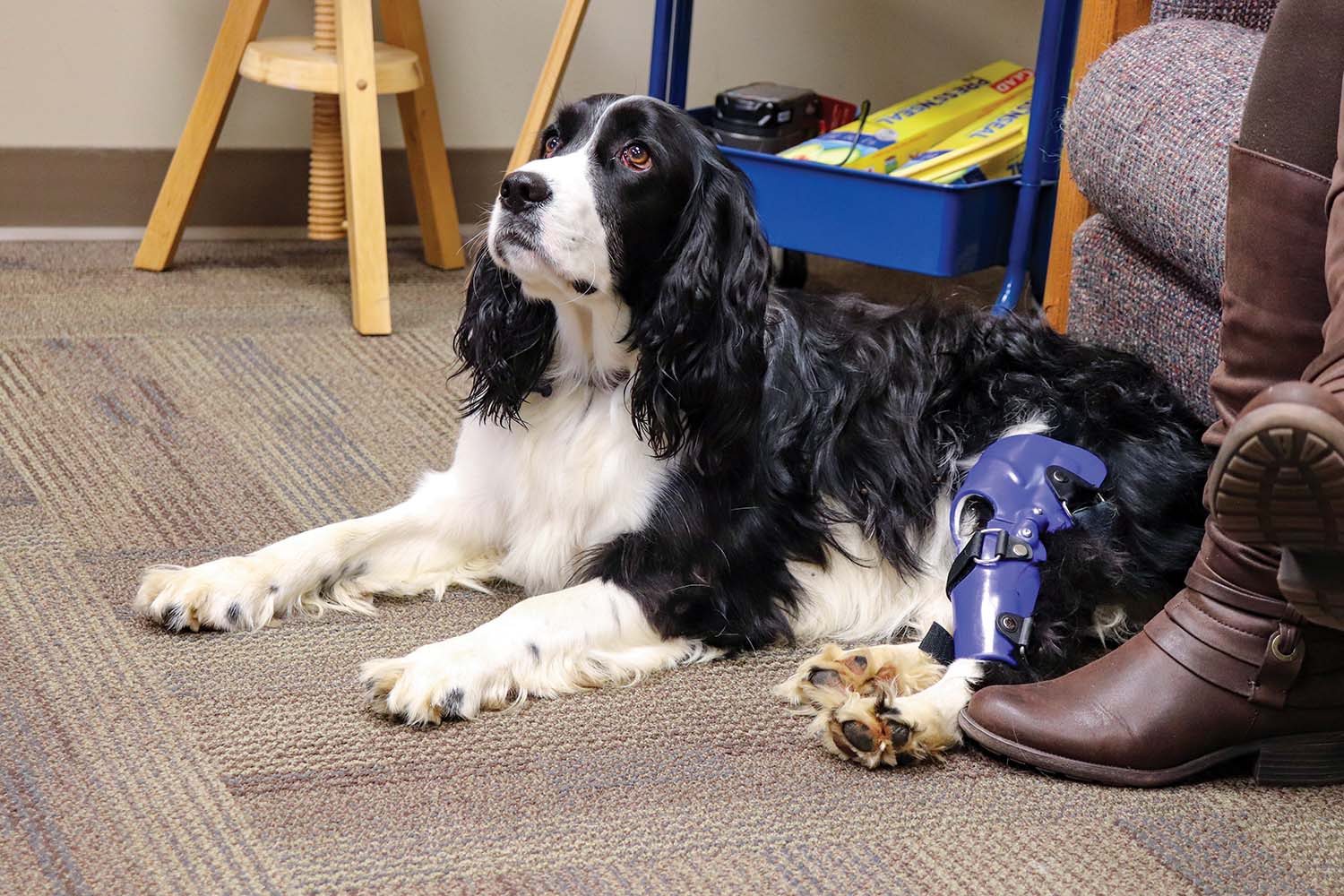 “Our bracing technique is noninvasive, comes at a far reduced cost than surgical solutions, and the turnaround isn’t too long from taking measurements until we have the device ready,” said Chandler. “The time from their initial visit until we have the working brace ready to wear is typically two weeks.”

Chandler came to UT in 2004 as a biomedical engineering student when that discipline was in its infancy as a distinct program.

A graduate of Knoxville Catholic High School, she was drawn to being able to take on concepts unique to biomedical engineering—which often serves as a crossroads between medicine and mechanical engineering—an opportunity that the college helped provide in basically her own backyard.

“When I was a freshman, it was the first year that biomedical engineering was accredited as a separate entity,” said Chandler. “I worked in Dr. [Richard] Komistek’s fluoroscopy lab at one point, and I know it is still going. So a lot has changed, but a lot remains.”

Her first experience with the concept of dog bracing came thanks to her senior design project under the guidance of Monica Schmidt, then a professor in the Department of Mechanical, Aerospace, and Biomedical Engineering.

That experience stayed on her mind long after she had graduated and started working at Choice Orthotics and Prosthetics, where she met Henson. 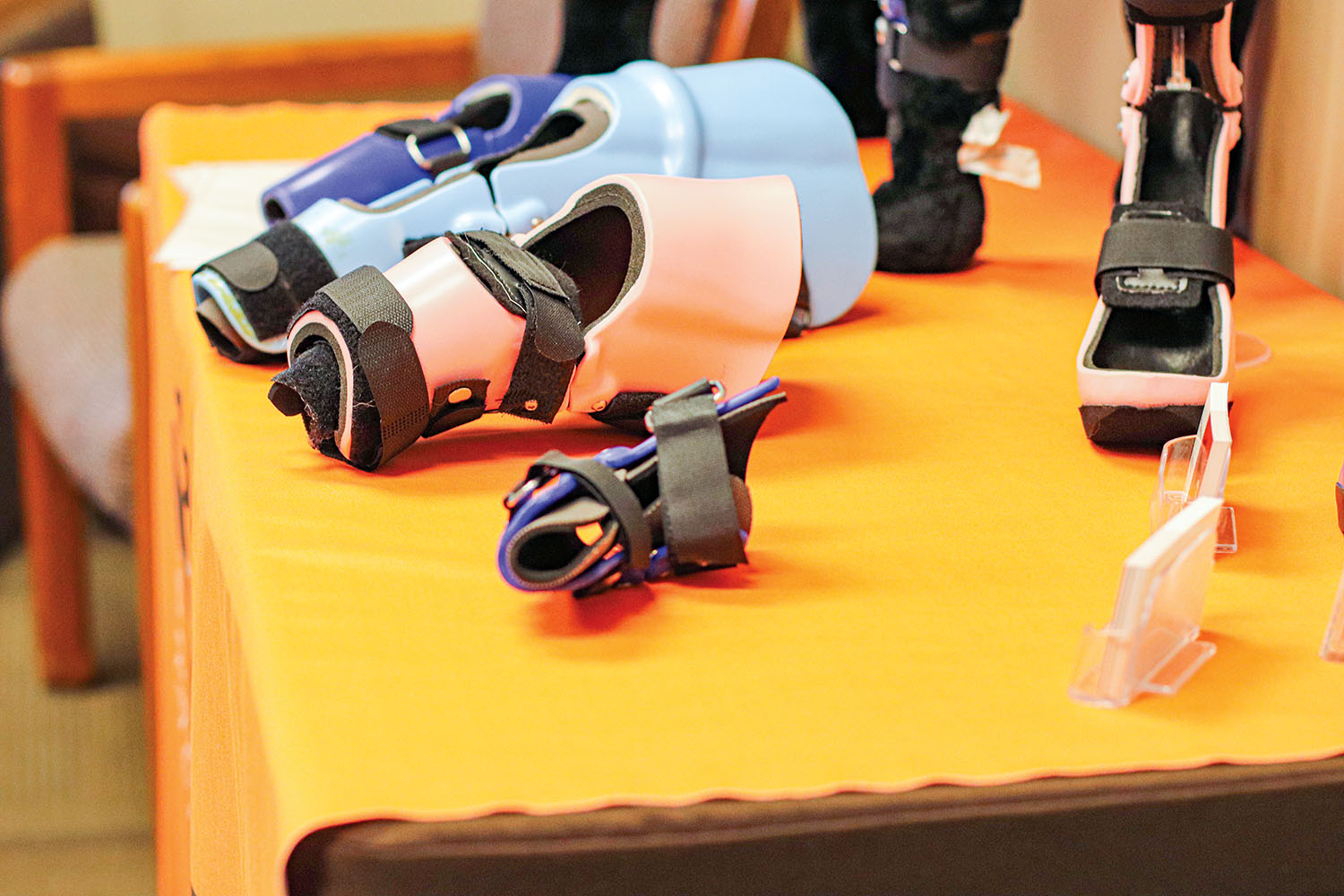 While the focus there was on human patients, Chandler said, they would occasionally get inquiries about creating devices for animals—enough that the idea of doing that fulltime went from dream to reality.

“We wanted to do this, and when we kept getting calls, we knew that we could,” said Chandler. “We’ve seen around 200 animals in total so far, including a goat.”

Henson explained that the vast majority—up to 90 percent—of the injuries they treat are related to injuries surrounding what is known as the stifle joint, which is akin to knees in humans.

Tears of the cranial cruciate ligament are the usual culprit, as they help the dog bend its leg at the stifle joint the way the anterior cruciate ligament operates in people, serving to connect the upper and lower leg through the joint.

“CCL tears are very common in dogs,” Henson said. “Our design supports the joint and prevents it from hyperextending. Older dogs are among the most afflicted, as it can be caused by degenerative issues. Having a nonsurgical solution is particularly key for that group.”

The process begins with an in-office visit, where they take a quick cast of the afflicted leg.

While that takes a fairly short amount of time, Chandler and Henson make sure they have a cooperative patient by distracting the animal with a treat.

Once the cast is made, they send it to use as a template, ensuring that every animal has a custom-fitted device made specifically for them.

“The whole process is pretty quick and painless,” said Chandler. “We make sure to cast it in a neutral position, not with the leg forward or back, so that it can be effective without being restrictive. Sometimes a dog with this kind of tear will have a drawn-up leg, so making sure it is in a neutral position is an important step.”

It’s just one of the series of important steps that are helping dogs and their families benefit from Chandler and Henson’s innovations.