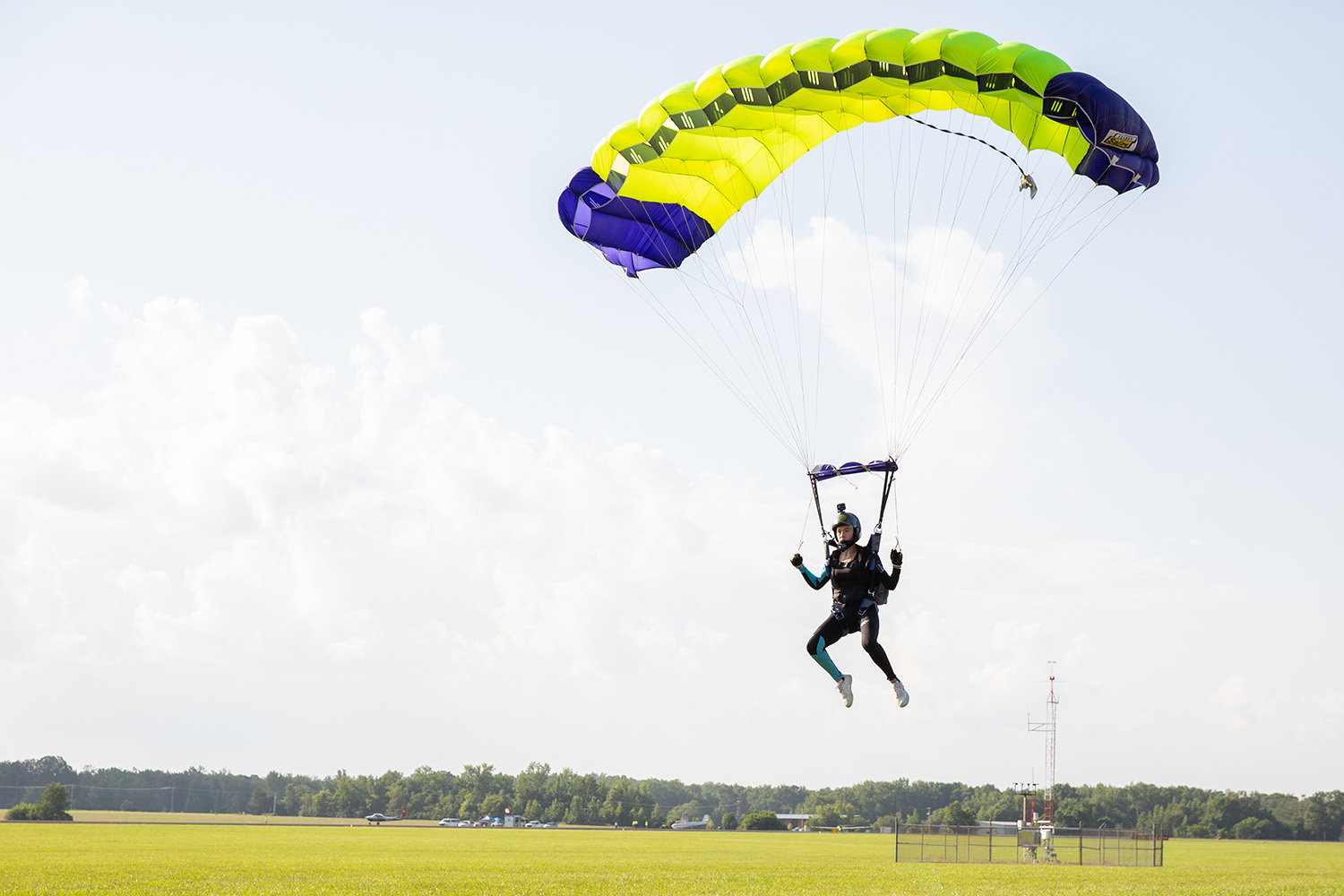 MABE Senior Takes to the Skies with a Passion

Mechanical engineering senior Dana Bjorn has spent a lot of time studying things related to objects traveling through the air, whether it relates to her selection as a recipient of the US Department of Defense Science, Mathematics, and Research for Transformation (SMART) scholarship or one of her main pursuits outside of the classroom: skydiving.

The SMART award allowed her school to be fully paid, with a stipend left over, an internship set in place, and a job with the US Missile Defense Agency lined up after graduation.

It has also helped support her skydiving activities, which first took flight in 2020 upon a suggestion from her father and has now grown into a key part of her life.

“I finished my training the first weekend in July, and I now have more than 250 skydives,” said Bjorn, who also enjoys rock climbing. “I met my boyfriend skydiving, and we go as often as we can. It feels nothing like doom or terror—just like you’re floating. It is the most beautiful experience.” 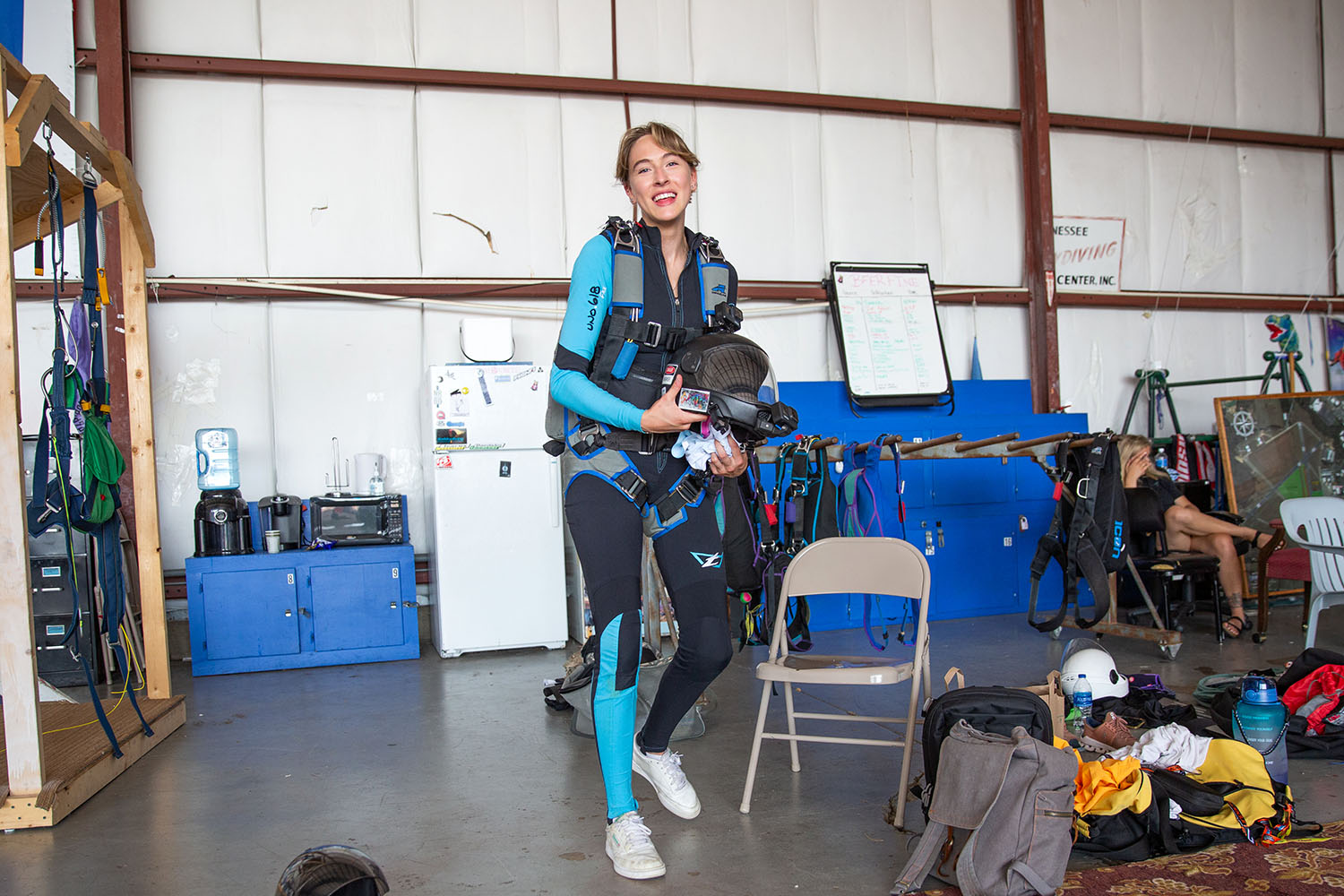 Oddly enough, Bjorn wasn’t initially sold on the idea. She came around to seeing the potential fun she could have while she was taking a drive and felt a surge of inspiration to give it a shot.

She said that the connection between skydivers helps build a tight-knit community, where the people you meet are as integral as the experience itself.

After completed more than 100 jumps within her first two months of trying it out, Bjorn began taking part in more advanced techniques.
“Traditionally skydiving is done with your belly and chest facing Earth,” said Bjorn. “In the last 20 years or so, free flying has become more popular, which is something my boyfriend and I have worked on tirelessly.”

In free flying, she explained, skydivers jump in a standing position, providing a different feeling than traditional jumps while introducing challenges such as an increased rate of descent and a more unstable position of balance.

Bjorn, who has served as an ambassador for the Tickle College of Engineering and as a math tutor, wants the next wave of Engineering Vols to share that same sense of wonder and awe.

My go-to message to everyone is take the opportunity first, ask questions later. Every single thing I have going on in my life has been a choice I made or a yes I answered. UT has endless opportunities that it offers to its students, but they will not just happen for you; you have to go find them.”

As Bjorn has shown, when you make the most of those chances, the sky is the limit.