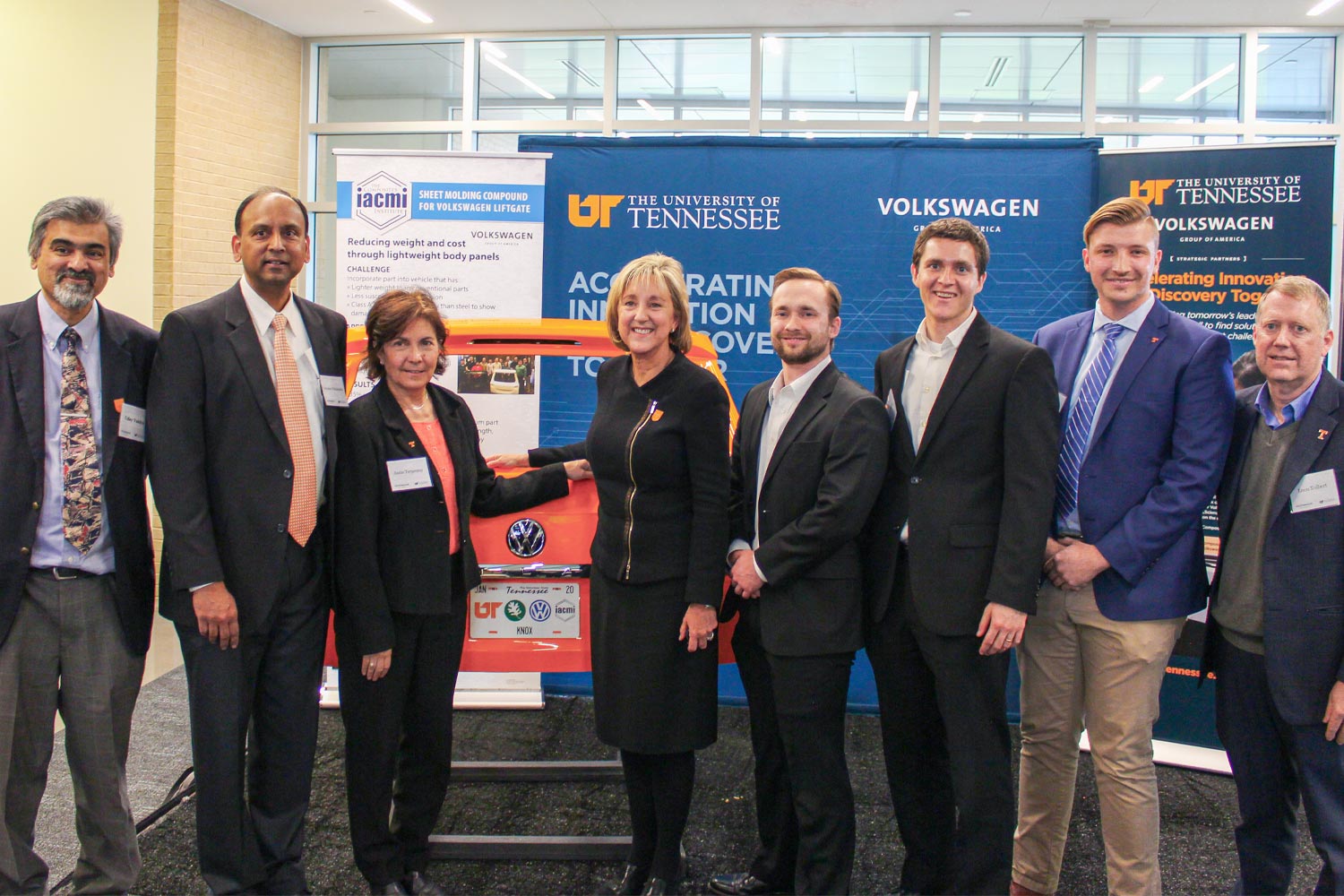 By David Goddard. Photography by Steven Bridges and Randall Brown.

A little more than a decade ago, the Volkswagen Group chose Chattanooga as the location for its new US hub, bringing with it thousands of jobs and more than $1 billion in construction to date.

It would seem fitting, then, that Volkswagen would find research partners in some of Tennessee’s leading institutions including the University of Tennessee, the UT Research Foundation, and Oak Ridge National Laboratory.

Together, the group announced the creation of a Volkswagen Innovation Hub at UT Research Park at Cherokee Farm, the first of its kind in North America. It joins Volkswagen’s larger global innovation ecosystem that includes centers in California, Germany, and China, along with hubs in Spain, Israel, and Japan.

UT Interim President Randy Boyd was quick to note how the development paves the way for continued growth in the region.

The partnership between UT, ORNL, and Volkswagen strengthens Tennessee’s position as a significant source of innovation and talent for the Volkswagen North American manufacturing base, especially at the flagship Chattanooga facility. These types of partnerships are transforming the Tennessee Valley Corridor into a global innovation leader.” 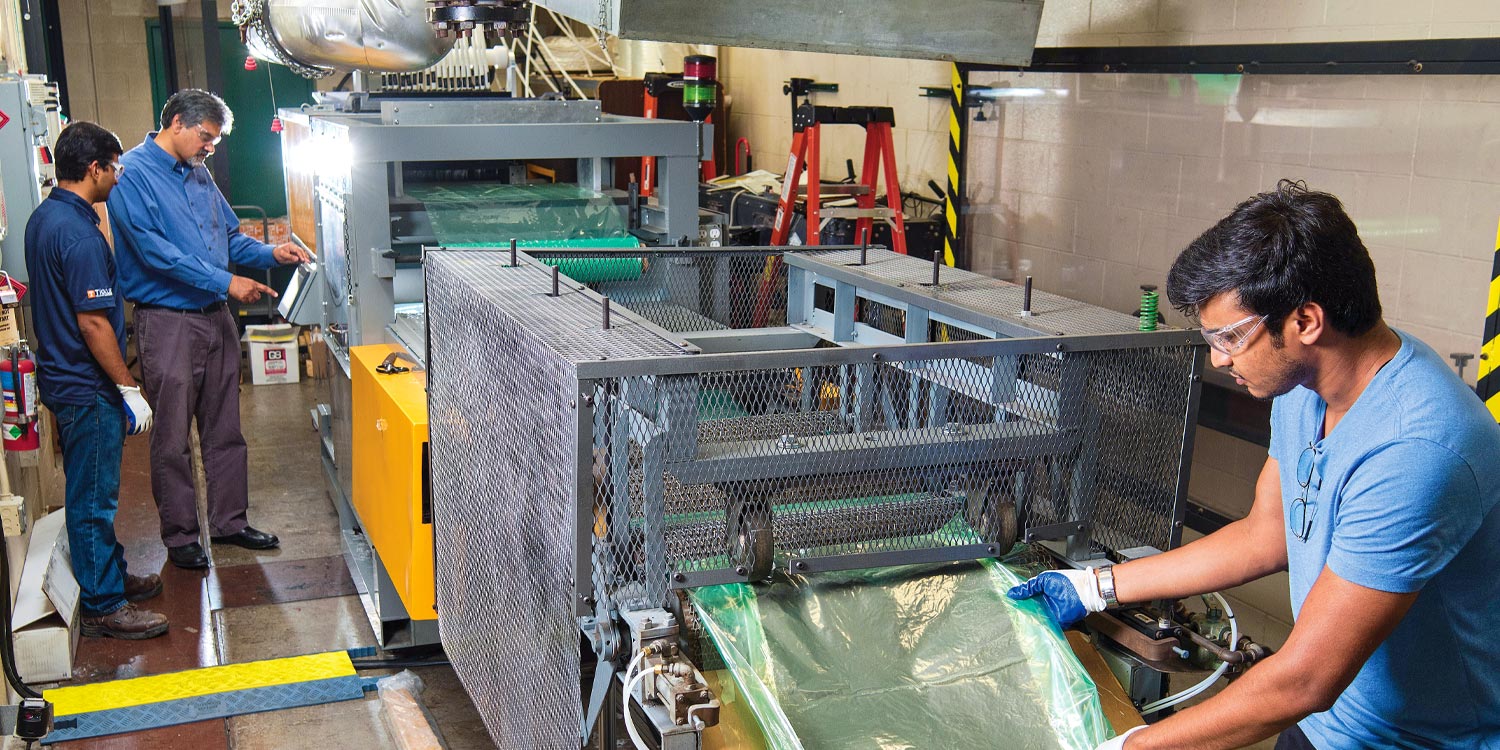 Several engineering faculty members are part of the initiative. UT-ORNL Governor’s Chair for Advanced Composites Manufacturing Uday Vaidya leads a group focused on prototyping, developing a sheet molding compound, and evaluating materials and their properties for use in Volkswagen vehicle components.

“The collaboration is providing unique opportunities for our undergraduate and graduate students and researchers in advanced materials and additive manufacturing,” said Vaidya. “Working alongside Volkswagen engineers and managers in this real-world experience is extremely valuable for their career paths.”

A second project of theirs involves increasing power density and efficiency of electronics, which will reduce battery size and vehicle weight and result in longer driving distances between charging. Other faculty involved in their work include Associate Professor Kevin Bai, Professor and Condra Chair of Excellence in Power Electronics Fred Wang, and Assistant Professor Helen Cui.

Our partnership…is expected to lead to new power electronics research thrusts that will increase power density and reliability of future electric vehicles. Working with a large original equipment manufacturer ensures our research directions are relevant to industry and more likely to be adopted.”

UT has a long history of working with ORNL on power electronics for electric vehicles, including high-density and high-efficiency motor drives and battery chargers. Faculty are also leaders in their field in applying advanced wide bandgap semiconductors such as silicon carbide (SiC) and gallium nitride (GaN) for power converters.

He also pointed out that UT is one of two institutions (alongside Virginia Tech) to have a US Department of Energy Graduate Student Traineeship in wide bandgap power electronics, established in 2016.

Fred N. Peebles Professor Dayakar Penumadu is providing expertise in materials characterization for lightweight composites. He said that the research opportunities provided by the project would help students and faculty alike, and that the technology being developed would aid both the local and the national economy.

Highlighting the partnership’s impact on UT students, Volkswagen has awarded fellowships to doctoral students Andrew Foote, Nathan Strain, and William Henken as part of the agreement.

Volkswagen also is a member of IACMI—The Composites Institute, a DoE-sponsored consortium of research institutions, states, manufacturers, and businesses. 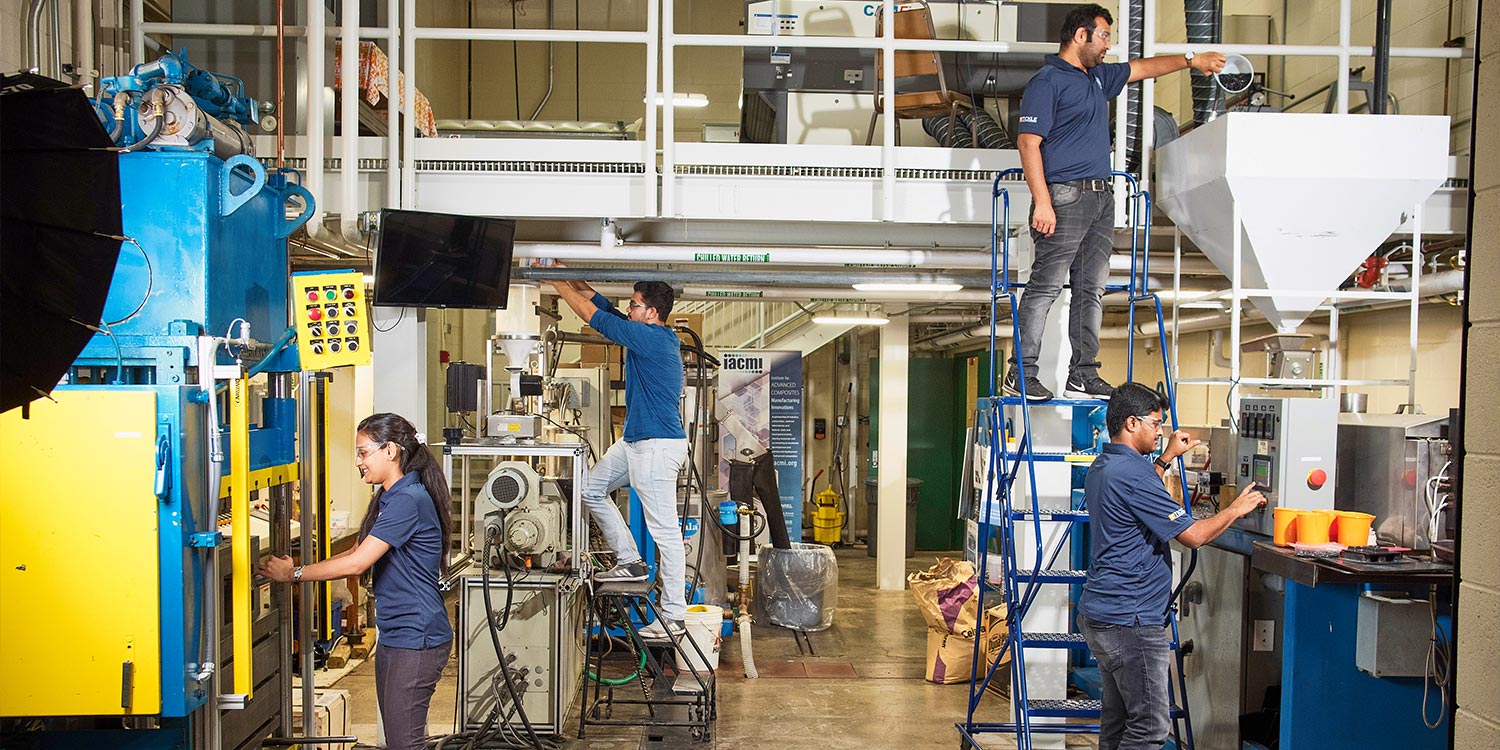 On January 9, 2015, then-President Obama visited TechmerPM’s manufacturing plant in Clinton, Tennessee, where he announced the creation of the Institute for Advanced Composites Manufacturing Innovation, or IACMI – The Composites Institute.

Five years later, the consortium is going stronger and better than ever as it continues to shape advanced manufacturing.

“The innovations stemming from the IACMI partnership with Volkswagen have a direct and immediate impact on vehicle and material design and manufacturing right here in Tennessee,” said Chancellor Donde Plowman. “These collaborative discoveries demonstrate the real-world potential of public-private partnerships.”

Some highlights of IACMI’s transformation include:

IACMI led a research project with Volkswagen, UT, Oak Ridge National Laboratory, and several other industry and university partners to create a lighter weight composite liftgate for the Volkswagen SUV, the Atlas.

While the recently announced Volkswagen Innovation Hub highlights the way IACMI has impacted the direction of the automotive industry and helped transform the Tennessee Valley Corridor, it also includes aspects of how students have benefitted. Since its beginning, IACMI has been a draw for students—a place where they can learn practical advanced manufacturing skills in a lab setting while complementing their classroom work.

Since its founding, 100 percent of its student interns have found either immediate employment or acceptance into a graduate or doctoral program within six months of graduating from their academic program, highlighting the high level of regard that outside interests hold for the initiative.