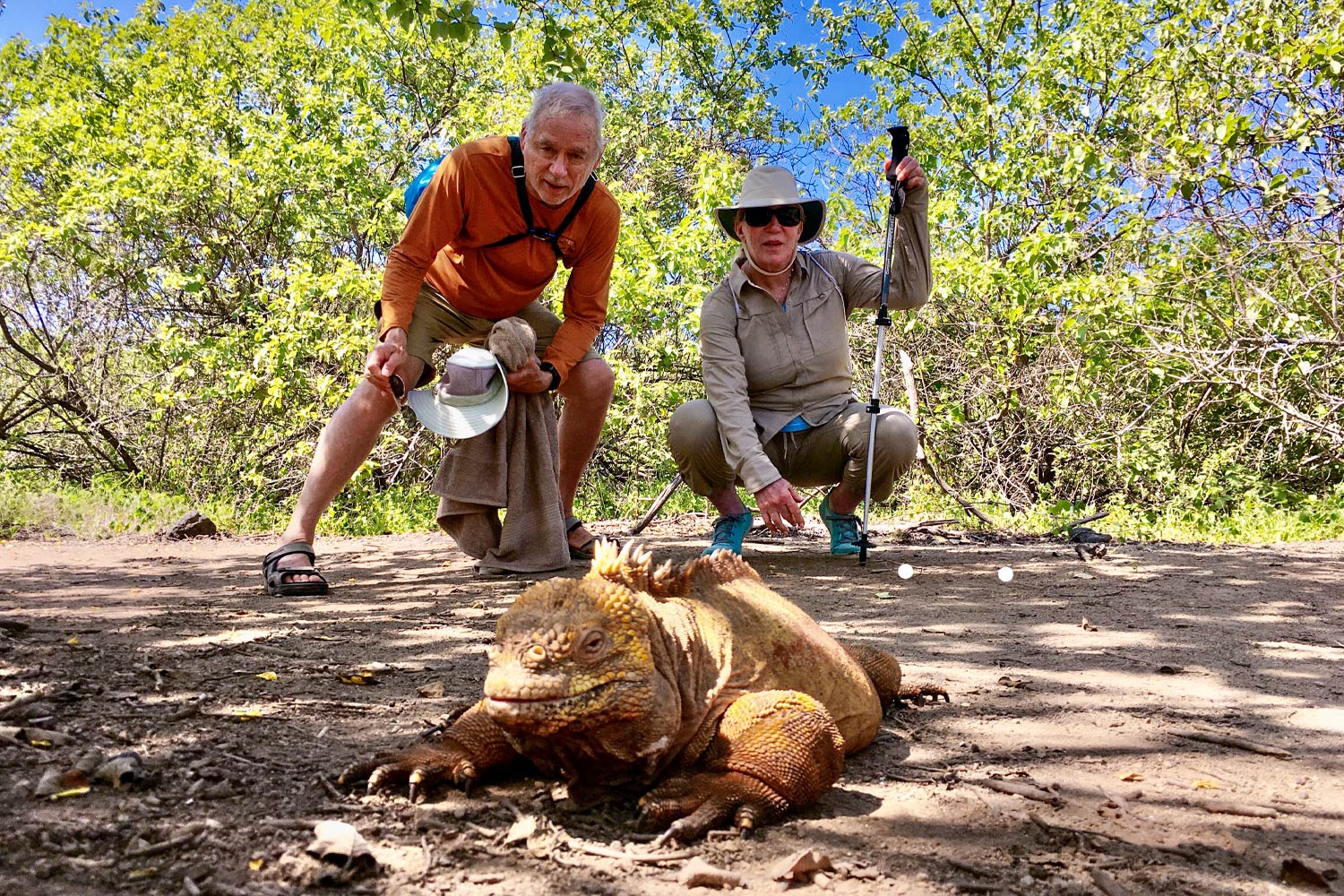 One week you’re climbing up to Machu Picchu. The next, you can barely climb out of bed. This was Jim Froula’s experience with COVID-19.

Froula (BS/ME ’67, MS/ME ’68), age 74, woke up to a near-constant cough. He and his partner, Mary Coffey, had just returned on March 16 from Peru and Ecuador. They were exploring the Galapagos when their travel company informed their group of 30 that Ecuador, now facing Coronavirus concerns, would close its borders within 24 hours. The day after a harried journey home, Froula’s cough was quickly succeeded by fever, severe lethargy, and shortness of breath—all tell-tale signs of the virus.

“Each morning I crawled out of bed, my head was basically in a puddle of sweat.” Froula said.

His fever routinely reached 101 degrees and he lost 10 pounds in 10 days.

I’m a UT engineer, so in my head I’m plotting my weight on a graph. With each day charted on the x-axis and my weight on the y, I’m watching this curve drop a pound a day.”

After several days of steady symptoms, he received an official letter informing him four people from their tour group had tested positive for COVID-19. That was the tipping point. He immediately made an appointment at UT Medical Center.
After tests for flu and other likely suspects returned negative, he was directed to the hospital’s COVID-19 mobile testing site and swabbed via his driver’s side window.

“They told me to stay home and rest, drink plenty of fluids, and call if there were any problems,” said Froula.

After more than a week with no improvement, Froula was prescribed vitamin C and hydroxychloroquine, an anti-malaria medication, which has had anecdotal success in treatment.

“Since I served with the 101st Airborne in Vietnam and hiked Mt. Kilimanjaro, I’m familiar with anti-malaria pills. They gave me some trippy dreams,” Froula said. “I didn’t notice anything like that this time.”

Froula’s fever finally broke on March 27. The following day, he received a positive test result for COVID-19. The Knox County Health Department called him each day to check his symptoms and ensure that he and Coffey remained at home. On March 31, two weeks to the day since initial symptoms, Froula was released from quarantine.

Froula acknowledged his network of support for seeing him through, from family and neighbors who mowed the lawn and brought over food to Mary, his dedicated partner, who remains virus-free.

“She cared for me every hour,” Froula said. “Travelling really took it out of both of us, so apart from looking after me, she was resting as much as possible.”

During quarantine, couches were constant companions, but that’s far from normal. Froula medaled in swimming during 2019’s TN Senior Olympics and earned a 900-mile badge for walking all the trails in the Great Smoky Mountains National Park.

He started gaining weight almost immediately after his fever broke and soon began walking regularly again. Froula has never been one to sit still.

“I learned a lot from outside activities,” Froula said of his time at UT. “I was business manager for the yearbook, co-chairman of Carnicus, and president of the Tau Beta Pi Tennessee Alpha Chapter to name a few.”

His high extracurricular activity led to a Torchbearer award, the highest UT student honor. Following his time at UT and a stint in the army, Froula worked for IBM as a development engineer and then as executive director of Tau Beta Pi, the engineering honor society he served as a student. Now, Froula spends his abundant energy sharing his experience and the gravity of COVID-19.

This virus is like driving. You don’t know who’s texting and who isn’t, so it’s best to stay off the roads right now. It needs to be taken seriously. This is a good time to let the number of cases go down and stay home.”