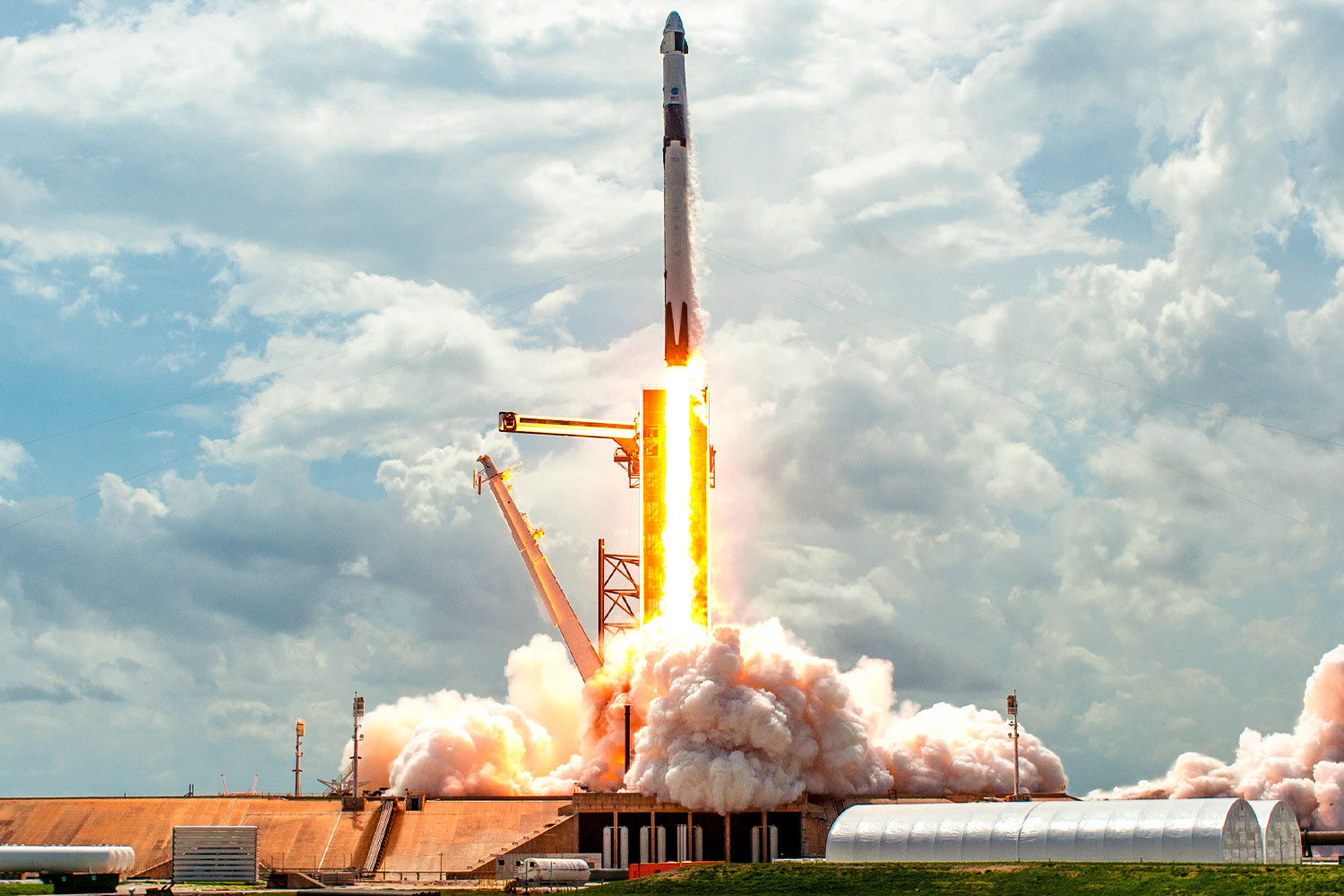 Launch of SpaceX Falcon 9 rocket and Crew Dragon spacecraft on May 30, 2020

Meet the Engineering Alumni who helped launch this historic collaboration

NASA astronauts launched from American soil for the first time in nine years on May 30. The mission, known as NASA SpaceX Demo-2, was also the first US launch of a human crew in a commercially built and operated spacecraft on its way to the International Space Station. Astronauts Robert Behnken and Douglas Hurley were carried aloft on a SpaceX Crew Dragon spacecraft from Kennedy Space Center in Florida.

It was the last major test before NASA’s Commercial Crew Program (CCP) certifies Crew Dragon for operational, long-duration missions to the space station. Numerous UT engineering alumni work at NASA, and have important roles in support of developing safe, reliable, cost-effective crew transportation systems for low-Earth orbit destinations, including the launch of this latest stage of the NASA/SpaceX mission, as well as literally launching the craft itself.

One of the challenges was in navigating the progress of the collaborative effort while ensuring that Dragon safely met its demanding schedule.

“The team came through with flying colors, producing a flawless launch and extraordinary performance on orbit at the International Space Station (ISS),” said Scott Colloredo, a UT alumnus and deputy engineering director at Kennedy Space Center.

We asked Vol alumni at NASA to let us know about their roles and how their UT engineering backgrounds helped prepare them for making history. 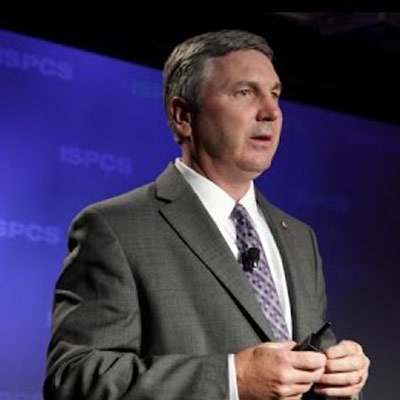 “I help manage approximately 600 NASA employees and some contractors who provide engineering support to a wide variety of NASA programs, including the CCP,” said Colloredo, who logged many hours toward the Demo-2 launch.

“Prior to launch, for about four years, my role was to help manage the NASA team that worked with SpaceX’s team to perform structural, aerodynamics, fluids, and other critical work needed to ensure performance and safety of the system,” he said. “During launch countdown, my role was to monitor systems and data being sent by the vehicle—but more importantly, to ensure that our engineers on the launch team were prepared, rested and ready to support time-critical launch countdown operations.”

He puts to use technical and engineering skills developed while studying at UT, and also feels like the hospitality of Tennessee culture enhanced his ability to work well in teams.

“I work with several other Tennessee Volunteers at NASA, and I feel that our personal teamwork capabilities are a common denominator that our alumni have,” said Colloredo. “The ability to get along with people and help them work well together is critical to make sure problems are identified, data is presented, and decisions are made in a methodical and cordial environment.”

“My responsibility is to focus on SpaceX as a commercial provider, and the propulsion elements since that is the primary responsibility of the MSFC workforce,” said Gaddis, who has also previously supported shuttle launches. “This one was unique because it was the first crewed launch from US soil since the space shuttle program was retired in 2011. It was a big deal for us and the nation.”

Gaddis has many positive memories of great times at UT—and challenges. His mechanical engineering degree provided him a broad background to tackle and understand many issues.

“The professors pushed us pretty hard but it was all worth it,” said Gaddis. “I have always enjoyed the hands-on experience and the real hardware side of things. It helped me to transition very well into system engineering and integration. I remember some hands-on manufacturing experiences that greatly helped with review manufacturing processes and techniques conducted by our partners and suppliers.” 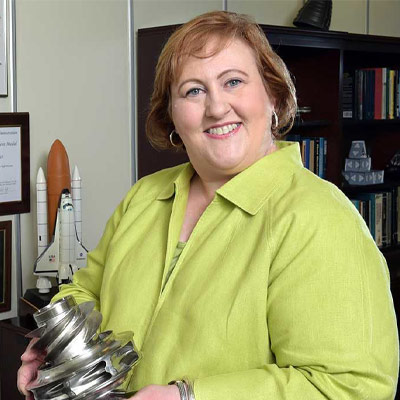 Van Hooser is responsible for ensuring the appropriate amount of technical rigor is applied to all programs at Marshall. For the SpaceX launch, she was involved in helping the team resolve technical differences and issues as the design matured, and in management reviews leading up to launch.

In past roles, Van Hooser was deputy chief engineer and then chief engineer for Space Shuttle Main Engine for the last 21 flights of the shuttle program. She participated actively in the launch process from the firing room for those launches, while she served in a more managerial capacity for the Demo2 launch. For any role, she applies valuable lessons in approaching and solving complex problems that she learned as an aerospace engineering major at UT.

“We’ve got world-class experts in liquid rocket engine design at NASA,” said Van Hooser. “I was well-prepared by UT to help that super-talented group develop hardware and solve complicated issues so we could successfully launch people and valuable experiments into space.” 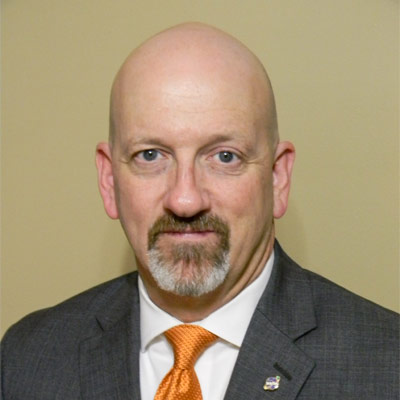 Fiorucci assesses high-speed vibration data from test and flight data for the engines that are utilized on the SpaceX Falcon rocket.

“It is my job, along with our industry partner, to ensure that all engines are acceptable for manned flight operations from a vibration standpoint,” he said. “I was integral in performing that analyses for the flight engines for DM-2 and accepting them for flight use.”

He has worked on assessing SpaceX engine testing and flights for more than six years, including the DM-1 launch that helped pave the way for this summer’s crewed flight. Fiorucci helped resolve issues to ensure that the engines
were the safest possible.

“It was truly exciting to launch our astronauts on an American rocket from American soil again,” he said.

When Fiorucci attended UT, Engineering Science and Mechanics (ESM) was still a separate department from what we now call MABE. He transferred from mechanical to ESM after his sophomore year when he started a co-op position at MSFC—and, as he puts it, “found my calling in vibration work.”

“ESM afforded me the opportunity to focus on more specific vibration classes and it was a great advantage to me once I graduated and returned to MSFC,” he said. A class taught by Jack Wasserman on data had a major impact on his career.

“The class was so unique that Dr. Wasserman had to write his own textbook and materials for it,” said Fiorucci. “I’m proud to say that it became the foundation of the work I do and have done for the past 34-plus years. And it’s still very specialized work even after all this time.” 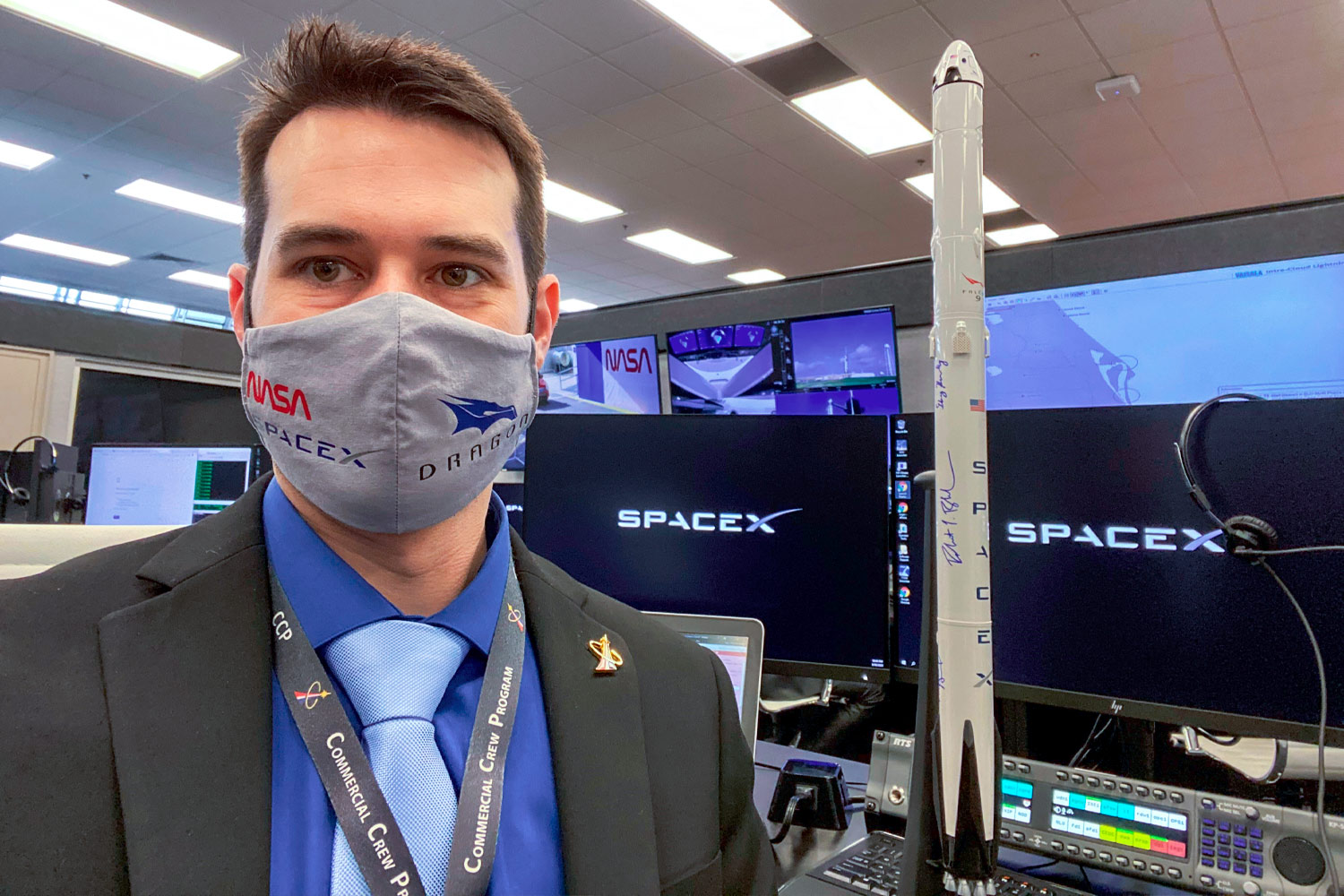 Posey, also a veteran of the space shuttle program and other NASA launches, engages directly with SpaceX engineering on the design, development, and operation of the Crew Dragon spacecraft in his role, working with the CCP Spacecraft Engineering team of over 100 talented NASA engineers, primarily from Johnson Space Center, Kennedy Space Center, and Marshall Space Flight Center.

“We work for the CCP chief engineer to achieve and maintain certification of the system while identifying and resolving technical risks,” said Posey. “My team and I supported the Dragonship Endeavour and the crew—astronauts Hurley and Behnken—throughout Demo-2 from the Mission Control Center in Houston and the Launch Control Center in Florida.”

The team assessed vehicle performance in real-time and provided their “GO” recommendations for launch, docking to ISS, and return.

Posey had many classes as an AE major at UT that introduced him to aerodynamics, compressible flow, orbital mechanics, and propulsion systems—elements of his daily life now.

“One of the things that stuck with me the most was the focus on applying critical thinking skills to problems based on our knowledge of engineering fundamentals,” he said. “Breaking a problem down into parts and applying what you know from previous experience goes a long way towards solving problems that may be daunting at first glance.” 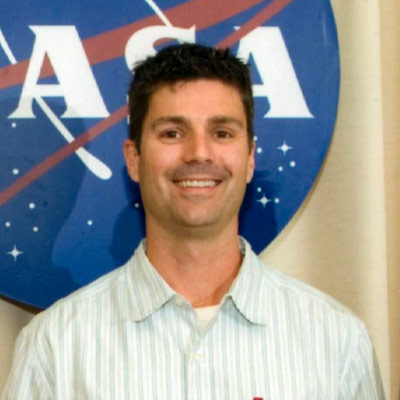 The capsule propulsion system worked like a charm. Flynn kept a watch on it all with the skills he first learned in UT classes on thermodynamics and their application to propulsion system design and operation.

The NASA team on the whole kept a watch on the skies for other issues that could have affected the flight.

“The most challenging part of the launch was the uncertainty associated with the weather at the Kennedy Space Center and availability of team members to support the launch from there, given Tropical Storm Isaias,” said Flynn.

Allen assisted the Thermal Protection System (TPS) Subsystem Lead in assessing readiness for the DM-1 and DM-2 missions—ostensibly identical launches, but with much more at stake the second time around.

“Even though we strive to ‘test like you fly,’ there’s no comparing an unmanned flight test and putting a crew on the rocket,” he said. “Having a successful Demo-1 flight test behind us made us feel better about a lot of things, but you approach it differently when astronauts are involved.”

Part of Allen’s role was in bridging NASA requirements with SpaceX innovations.

“The challenge here was as much philosophical as it was technical,” he said. “The group I work in is very focused on TPS risks. The Falcon 9 rockets are much newer to us, and SpaceX is using some innovative materials that we had to learn a lot about—and learn how to speak the same language as their engineers.”

Allen says his time as a graduate research assistant at the UT Space Institute prepared him for NASA in ways he didn’t realize at the time.

“Our research team was very similar to how I work now, with schedules to maintain, tests to conduct, data to assess and report,” he said. “We were exploring production of pitch-based carbon fibers, which translated very well to working in ceramic matrix composites at Marshall Space Flight Center.” 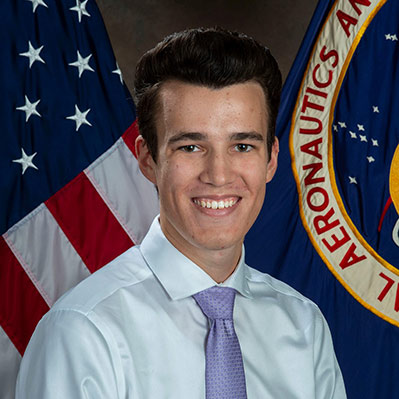 Whaley was one of three engineers who “sat console” for the Merlin Engines team for the Commercial Crew Program. He monitored real-time data during the static fire and launch.

“As the backup, I helped investigate issues that arose and notified the other team members if I noticed any off-nominal data,” he said.

Whaley is not long from his aerospace engineering studies on Rocky Top, but has chalked up good experience in his brief time at Marshall. He also sat console a launch that was the In-Flight-Abort Test in January 2020.

“As the in-flight abort test was treated like a real flight, almost all of the processes were the same between DM-2 and the IFA,” he explained. “Except, of course, actually having Bob and Doug on board.”

Whaley assisted his team with reviews of previous data to compare the launch with previous conditions and outcomes. He feels that the main element he applies in his positions is in reinforcing the “engineering frame of reference.”

“Like how to solve problems, how to look for solutions, and how to work together as a team,” he said. “The best tool I have is my engineering judgement.”

Another tool he’s found helpful is the network of fellow Big Orange alumni he encounters.

“It’s crazy just how big the Vol family is,” said Whaley. “I’ve talked to many people higher up the ‘food chain’ simply because we share a connection of going to UT.”

The roster of Engineer Vols joining the mission to explore space is always growing, igniting the Big Orange spirit all the way to the stars.

By the time of publication, we were unable to reach alumni Andrew Heaton (BS/AE ’90) and Stewart Whaley (BS/AE ’19), who were also involved in the launch.

Did we miss you? If you are an alumnus who contributes to the space program, let us know—email williamk@utk.edu.