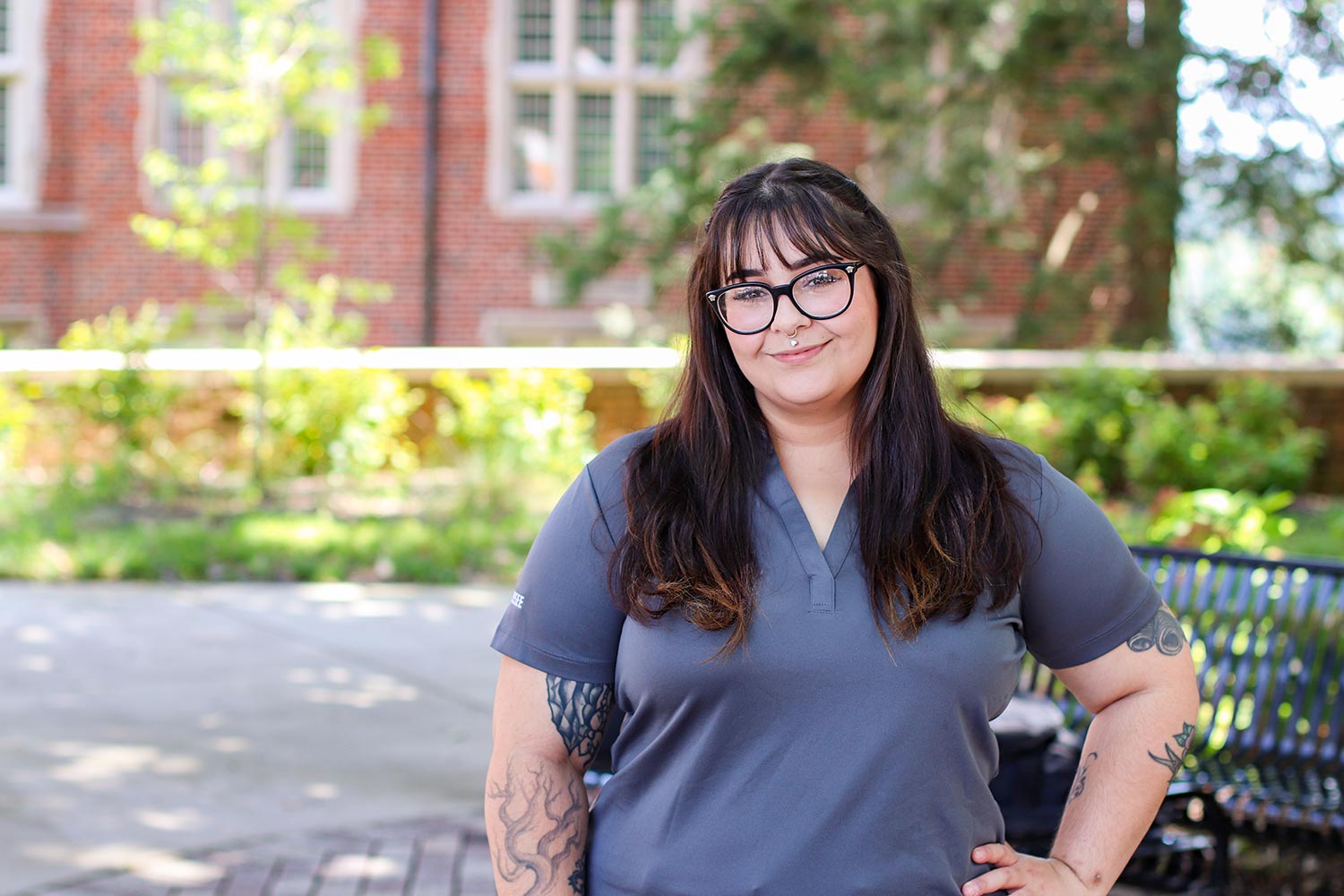 Samantha Ramsey had an out-of-this-world experience last fall when she attended the 70th International Astronautical Congress (IAC) in Washington, DC.

Ramsey, a first-generation college student and junior aerospace engineering major, was one of a handful of students selected by the national section of the American Institute of Aeronautics and Astronautics (AIAA) to attend IAC as a diversity scholar.

An Adams Run, South Carolina, native, Ramsey had to go to work after graduating from high school in order to support herself, working for various nonprofits for eight years before she could enroll in college.

Being a first-generation student and adult returning to college, on top of being a woman in engineering, can be extremely challenging. Being selected as a diversity scholar felt almost like an affirmation that, although I may not look like a typical engineering student, I do belong here and that all of my hard work is paying off.”

Hosted by AIAA, IAC brought together more than 6,500 people from 70 different countries to celebrate both the 50th anniversary of the Apollo 11 mission and the international accomplishments and partnerships that have become the hallmark of space exploration.

Ramsey shared a table at a diversity luncheon with astronaut Buzz Aldrin, the second person to walk on the moon, attended a private party for the Planetary Society where she hung out with Bill Nye the Science Guy, had breakfast with astronaut Frank Culbertson, lunch with astronaut Sandy Magnus, and met the CEOs and presidents of aerospace engineering giants, including Boeing and Lockheed Martin.

“Attending the IAC was truly a once-in-a-lifetime experience,” said Ramsey. “I was also able to connect with international industry leaders, professors at my top choices for graduate school, and even childhood heroes. I have come away completely overflowing with inspiration, and more excited than ever to continue my education.”

Ramsey plans to use the knowledge she gained at the conference in research she’s doing with the trajectory team at NASA Marshall Space Flight Center under the direction of Stephanie TerMaath, the Jessie Zeanah Faculty Fellow.

Ramsey also spent the summer as an intern on the mission design and analysis branch of the trajectory team at NASA Marshall Space Flight Center, where she studied the celestial mechanics of the earth–moon system and built a program to help automate the process of determining launch windows for future Space Launch System missions.

Although Ramsey isn’t sure what the future holds, she aspires to attend graduate school, receive a doctorate in astrodynamics, and possibly study space law, all while continuing to press for diversity in engineering.