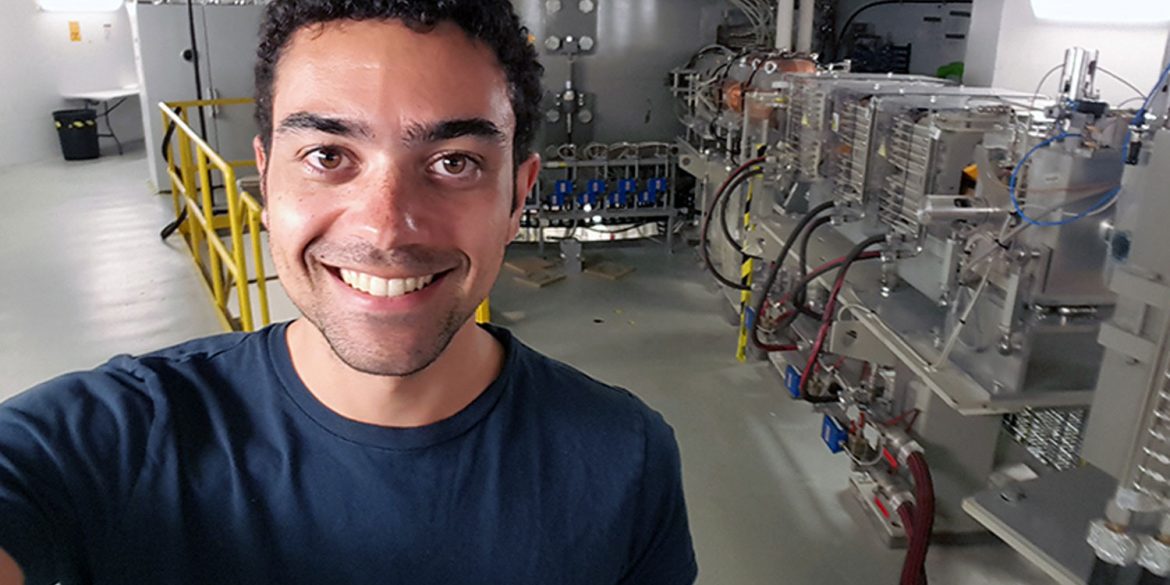 Micah Folsom, a recent doctoral graduate in nuclear engineering, has invented a radiation detector design that may one day be used to stop the smuggling of nuclear material or help emergency responders find radiation spread from a dirty bomb.

Folsom took a concept that was built for gamma ray detection and made it work for neutron scatter imaging technology.

This design successfully uses compact, optically separated plastic scintillator planes and an optical coded mask pattern inside of each plane in order to image/localize each neutron interaction within a module. It has also achieved reconstructions of the neutron spectrum, which helps to identify neutron source type.

Similar cameras that image neutron sources like plutonium are large and bulky because the neutron must interact at least twice, typically in two well-separated planes, and the energies and locations of the neutron scatters must be known.

“This design has very good potential to be able to image neutron sources rather quickly due to high potential for excellent imaging efficiency,” said Professor Jason Hayward, who served as Folsom’s thesis advisor.

The camera takes pictures of radiation, fast neutrons, and then shows where those fast neutrons are coming from. The camera is designed to be compact enough for someone to carry on their person.

“There are systems that exist like this already. These are fast neutron scatter cameras; however, they are large and two people have to wheel them around, making them inefficient for law enforcement,” Folsom said.

The camera utilizes what’s called coded-aperture imaging, which consists of a very specific shadow pattern and a light source. The source will cast a shadow right through the pattern, similar to how light will go right through fingertips.

There’s a very specific pattern cast onto the photo systems; then the shot is recorded and an unfolding algorithm is used to figure out where the light came from.

Because the current technology requires a physical separation between two larger detector planes, the devices are bulky and take minutes to make an image. In contrast, this camera technology could allow for a more compact device that could be carried by law enforcement to help detect smuggling of nuclear materials or be used by technicians to map nuclear material contamination in real-time. It could be carried, for example, with a handle, or in a backpack.

One of the next steps is to further optimize the efficiency of the device so that it can better detect neutron scatters that are often only a few centimeters apart, which will allow images to be collected even faster. It also needs to be developed and ruggedized for commercialization and field use.