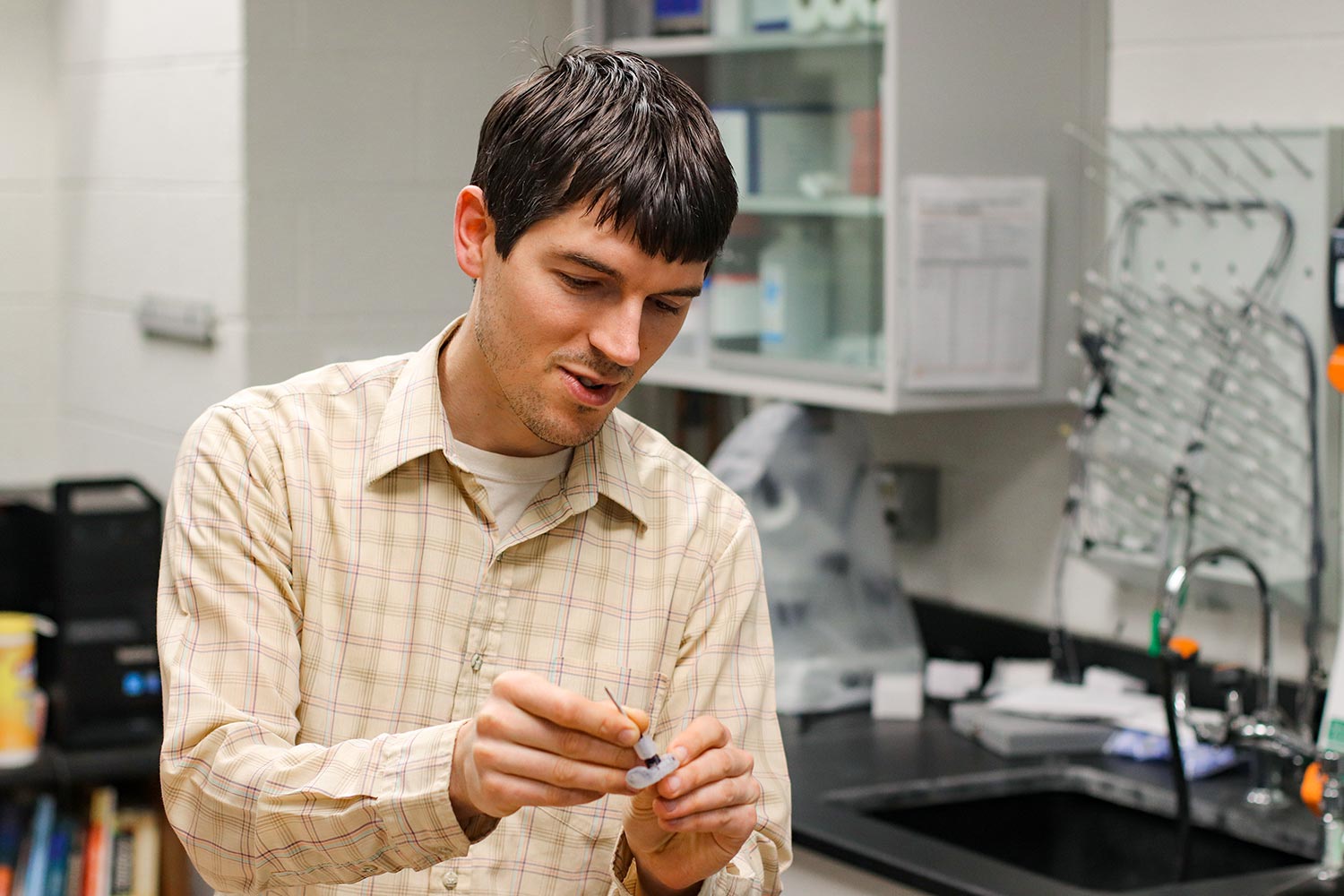 For the more than 2 million people in the US who have suffered an amputated limb or have had to have one removed for medical reasons, prosthetics have offered a solid, albeit limited, way of coping.

Now, a team, led by Assistant Professor Dustin Crouch, seeks to unlock what would be a game-changing jump in prosthetic devices by using technology that has so far largely only existed as fantasy: bionics.

The key component of the research is what are called muscle-driven endoprostheses (MDEs), which are a type of prosthetic that is completely implanted under the skin of a patient’s body.

“We want to physically attach prosthetic limbs and appendages to the muscles that remain in the residual limb after amputation,” said Crouch, who works out of the Department of Mechanical, Aerospace, and Biomedical Engineering. “Using the residual muscles and tissue will enable patients to do things that they cannot with current prosthetics.”

Crouch’s team is currently in the initial testing and design phase of the project. At this stage, they are attaching foot prosthetics to animal cadavers using methods and devices that can later be scaled up to work on humans.

They then take the newly attached foot and test it using sensors to measure how it compares to the movement of a natural foot.

Many current prosthetics limit the variety of motions that patients can perform, one of the big things Crouch and his team most want to change.

For example, hand replacements have typically allowed patients to control the speed of motion when opening and closing the hand. Controlling and feeling the firmness of grasps or very fine finger motions are difficult or impossible with current prosthetics. By using the muscles that remain after amputation, the thought is that it would be possible to create prosthetics that approached the same mobility and dexterities as the original limb.

Many amputees are able to remember how to control the muscles that used to be there, are able to ‘feel’ that control. Humans have a remarkable ability to modify how they coordinate their muscles. One aspect of implementing this will be getting amputees to relearn how to coordinate their muscles to directly control their new devices. We want it to feel as natural as possible.”

Another major advantage of the emerging technology is that it solves two complaints that often come up when people talk about their artificial limbs: weight and convenience. The approach that Crouch is exploring eliminates a lot of the bulkiness associated with many current models since muscles don’t need batteries or motors to operate.

Additionally, having the new devices connected to existing muscle means people would have a more “natural” experience with their new appendage that’s functionable at all times instead of having to remove and reattach it as needed.

Crouch said he knew that having other viewpoints—especially those from a medical realm—would help, so his teamed formed accordingly.

Professor and Head of the UT Large Animal Clinic Sciences David Anderson, Professor of Small Animal Clinical Sciences Cheryl Greenacre, and Clinical Veterinarian Bryce Burton, all from the UT College of Veterinary Medicine; and Stacy Stephenson, a doctor at UT Medical Center, are all assisting on the project.