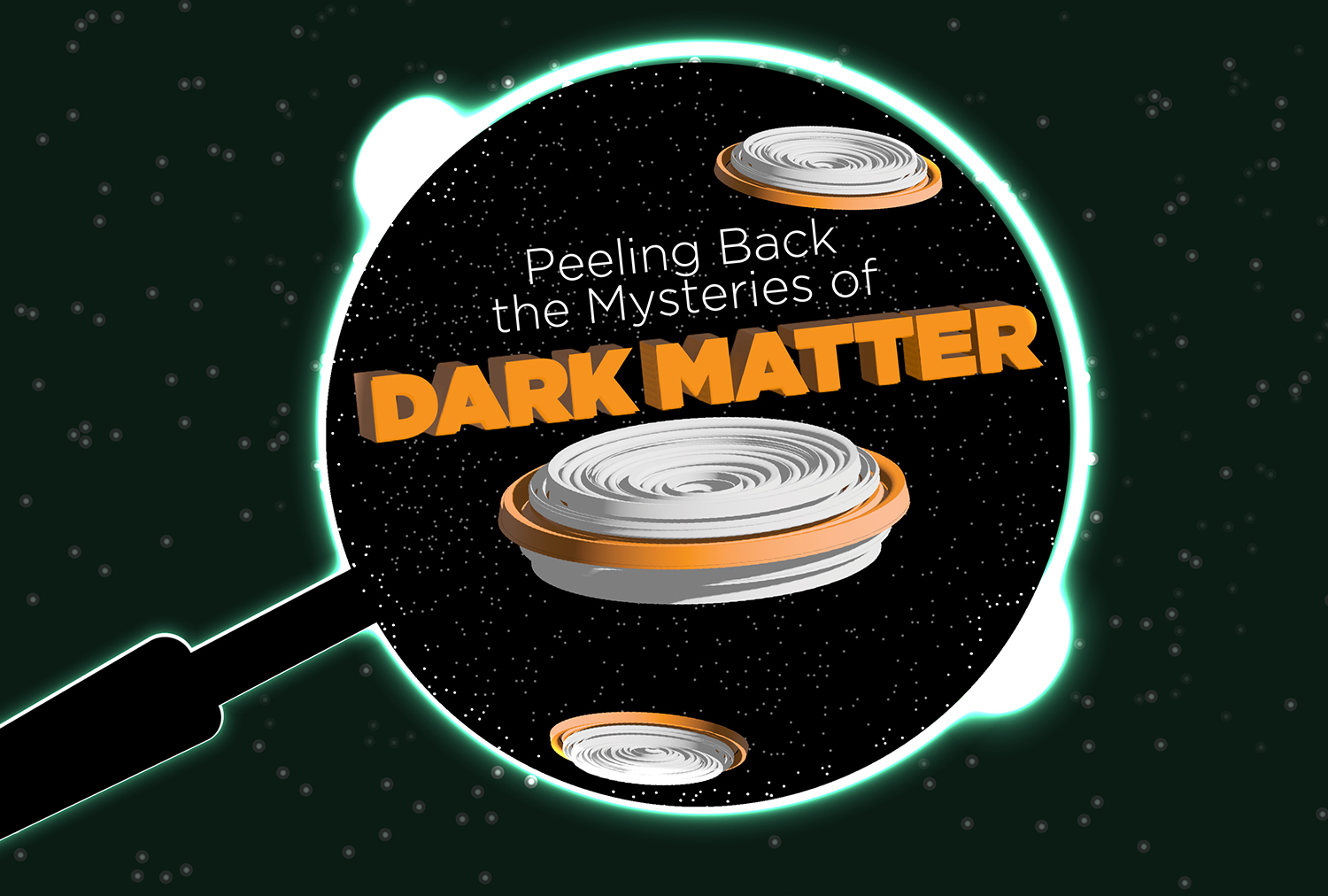 Peeling Back the Mysteries of Dark Matter

Lukosi’s Scintillator Expertise Aids in the Search for Dark Matter

Could a banana contain the necessary ingredients to solving one of the great mysteries of science? If so, it might actually be two bananas—specifically, two bananas’ worth of potassium.

Unlocking the connection between precise measurements of potassium and a potential discovery of dark matter requires world-class expertise in radiation detection. Associate Professor of Nuclear Engineering Eric Lukosi and his research team have utilized potassium-containing scintillators grown in UT’s Scintillation Materials Research Center to help further the quest to understand dark matter—a field with numerous other applications for life on earth.

When astronomers started looking at the universe, it seemed that there was a lot more matter than they could observe visually. It is hypothesized that most matter in the universe—about 85 percent—is made of unknown dark matter.

In essence, the search for dark matter is a search to understand what the universe is made of. Scientists don’t really know what dark matter is—just that it interacts gravitationally, and theories hold that it is made up of exotic newly identified particles.

Experiments throughout the world have been looking for this dark matter for over three decades without much success. The DAMA (DArk MAtter) experiment, running since 1997, claims to have observed dark matter, although that finding is countered by the results of many other experiments in the field and there is no widely accepted explanation for the DAMA claim.

Part of the answer may lie with radioactive isotopes of potassium, an extremely widespread element. Some theorists hypothesize that understanding how the radioactive potassium in dark matter decays could help build an understanding of DAMA’s claim.

With that end in mind, Professor Philippe Di Stefano in the Department of Physics, Engineering Physics, and Astronomy at Queen’s University in Canada is leading a collaboration that is working to measure a rare decay mode of potassium.

“Studying potassium will help understand the background in DAMA and other experiments,” said Di Stefano. “If this rare decay is found to be relatively frequent, theorists have argued it would tend to disfavor the DAMA dark matter interpretation.”

The results will also help the geochronology community improve the precision of the K-Ar dating technique, which determines the age of rocks by measuring their ratio of radioactive argon to radioactive potassium.

The collaborative study, which involves several UT graduate students, utilized an enriched potassium source prepared by Oak Ridge National Laboratory (ORNL) with the radioactivity equivalent to two bananas, a silicon drift detector developed by the Max-Planck Semiconductor Laboratory in Munich, and the modular total absorption spectrometer at ORNL to obtain the first experimental measurements of this rare decay mode.

The scintillator used potassium strontium iodide, or KSr2I5(Eu2+), with a double window readout.

“The two windows helped with reducing noise, because the rare decay we seek emits very low energy electrons and X-rays around 3 keV, very close to the noise floor,” said Lukosi. “Therefore, real events are identified when both readouts on the scintillator fire and are correlated to signals in MTAS [the modular total absorption spectrometer]. By measuring the rate between the two scintillator readouts and coincident events in MTAS, we are able to determine the probability of the rare decay mode of potassium.”