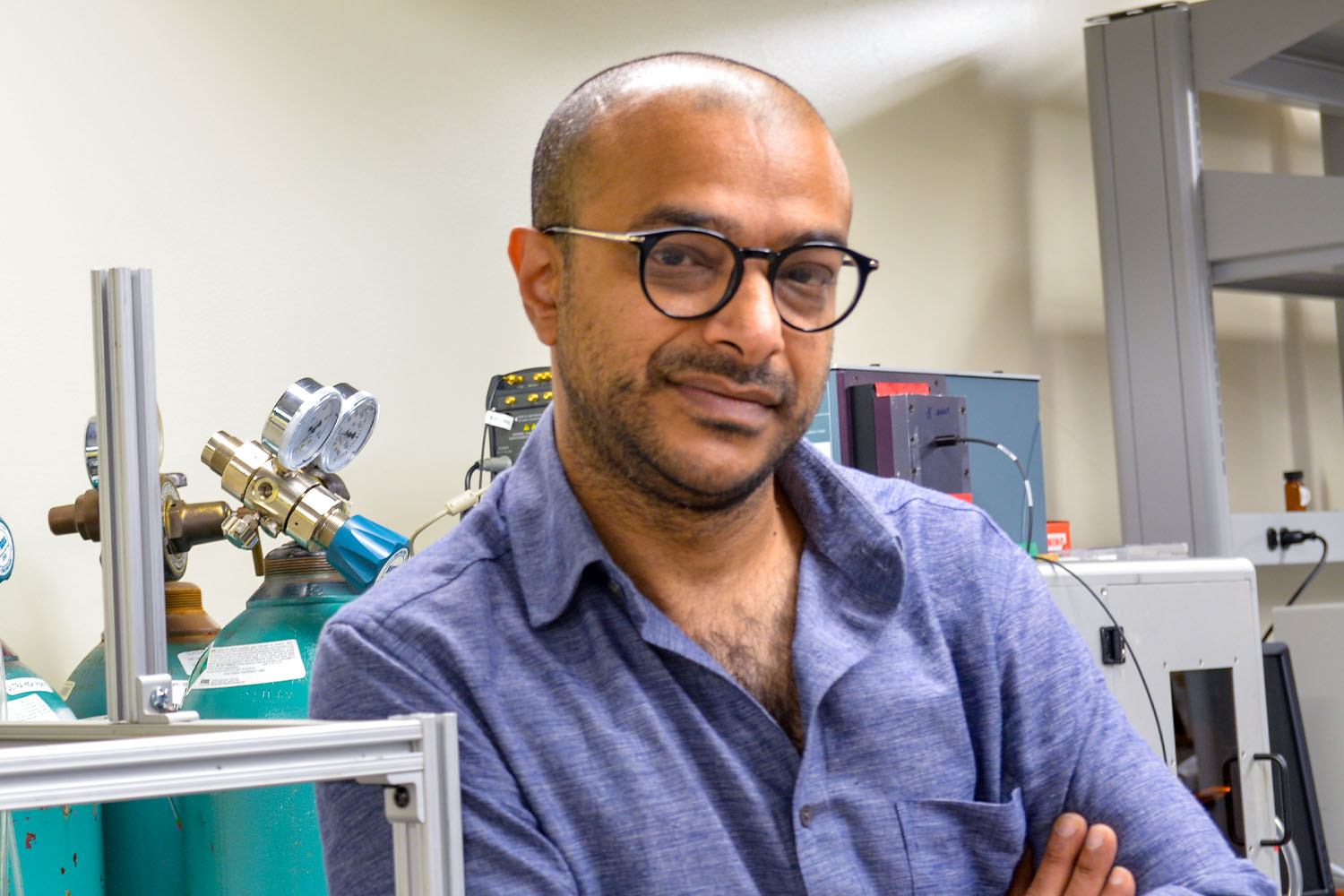 Small changes in design, manufacturing techniques, and production can sometimes lead to big differences in a final product, as is the case with energetic nanomaterials (ENMs).

ENMs belong to the class of high-energy density materials synthesized with tailor-made specifications to increase their stability and energy release effects. Particularly, such materials bear relevance to applications ranging from explosives for munitions and solid propellants for recently privatized space missions, to air-bags commonly found in automotive vehicles.

The problem with existing ENMs has been getting that right combination to maximize their effectiveness—especially, their long-term storability and fast deployment when required. This has so far proven to be a “grand-challenge” elusive problem in the energetic materials community.

Mukherjee has proposed a new method of developing ENMs through the use of machine learning-driven, large-scale nano-manufacturing, and, perhaps most importantly, a process called programmable laser ablation synthesis in solution (Pro-LASiS).

“We are proposing to upgrade our current LASiS technology to allow us to go from our current bench-top set-up to a data-driven programmable LASiS technique that can enable cost-effective and large-scale machine-learning-driven nano-manufacturing,” said Mukherjee. “Our proposed pro-LASiS technique will offer the enabling technology to design and synthesize high-performance ENMs with accurate control on their structure-property relations, while increasing production. Specifically, machine learning-driven in-operando data analytics will provide real-time feedbacks to our synthesis routes that will allow us to gain more precision on structure-composition properties of the materials. This, in turn, affect the kinetics and thermodynamics of their energy release process.”

“Such challenges are the critical bottlenecks that needed to be solved to cater to US defenses’ science and technology missions in future. That’s why we wanted to address the large-scale manufacturability of future composite ENMs with tunable energetic activities, which led to our selection for the FY2021 DURIP award.”
—Dibyendu Mukherjee

Mukherjee’s proposal garnered his research team a prestigious Defense University Research Instrumentation Program (DURIP) award from the US Department of Defense, as the work will have impact on a variety of materials it uses, with the Air Force Office of Scientific Research providing nearly $435,000.

The new project is a spin-off from his 2017 efforts at developing LASiS-GRR (Laser Ablation Synthesis in Solution-Galvanic Replacement Reactions) technique for the synthesis of functional intermetallic nanomaterials that got him a US patent (Pat. No.: US 10,326,146 B2) and which, though successful, led to him thinking about critical improvements.

“We realized that our results were great when viewed on their own, but considerable challenges remain in terms of their production time, real-time quality control, and fundamental understanding on how internal structuring and uniquely designed metastable states can affect the functioning of next-generation ENMs in terms of their time-rates and amounts of energy release,” said Mukherjee. “Such challenges are the critical bottlenecks that needed to be solved to cater to US defenses’ science and technology missions in future. That’s why we wanted to address the large-scale manufacturability of future composite ENMs with tunable energetic activities, which led to our selection for the FY2021 DURIP award.”

Eventually, such high payoff enabling technologies will provide a paradigm shift for the development of composite ENMs with exotic metastable structures for state-of-the-art US defense missions, and offer the US Air Force long-term tactical and asymmetric advantages over their near-peer adversaries in future weapons and munitions development.